Will 5G be as transformative a technology as broadband, or is it a solution in search of a problem? 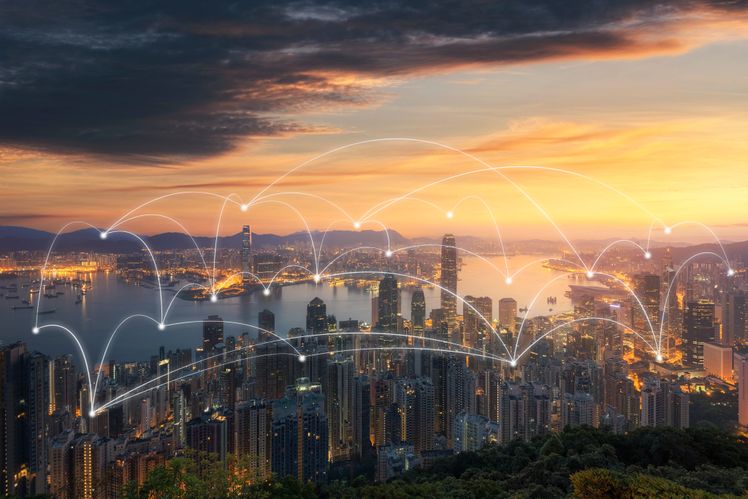 It’s the year 2025 and you’re on a trip through the countryside in your self-driving car. The kids are bored and so you choose a virtual reality film to download to their headsets. Seconds later and they’re engrossed in a whole new world.

For many of tomorrow’s most hyped technologies to work – from self-driving cars to virtual reality to the Internet of Things (IoT) – we will need ever more internet connections which can transmit vast amounts of data at speed. Today’s existing networks would struggle to provide the kind of power needed and so, for its proponents at least, the world will need to upgrade to 5G – a new, improved cellular wireless network.

Today, most consumers use 4G (fourth generation) wireless networks to connect their smartphones to the internet when out of WiFi range. While 4G is impressive enough – when working optimally it allows us to download up to 100 megabits per second (Mbp/s), which equates to downloading an entire film in about one minute, according to Uswitch – 5G will be one hundred times speedier: able to handle around 10,000 Mbp/s.

The need for speed

Why would we need all that speed? There are several use cases. Self-driving cars will use as much as 4,000 GB of data per day, according to chip-manufacturer Intel, so existing 4G networks simply won’t be able to handle the amount of data being transmitted. Then there’s the IoT, where trillions ofinternet-connected sensors will constantly send data back and forth, further increasing the traffic on existing 4G networks.

And there are applications that seem even more futuristic. A 5G research centre at King’s College London has outlined a range of extraordinary possibilities – things like surgeons on one hemisphere manipulating robots to perform operations on the other side of the planet, or music teachers transmitting their muscle memory to students via internet-connected exoskeletons.

So when will the technology come into general use? Simon Fletcher, CTO of the consultancy Real Wireless, believes we can expect widespread availability of 5G by around 2025. “We think that by that time there will be enough 5G capability in networks and networking equipment to enable not only localised 5G deployments, but wider national-scale use cases,” he says.

Although 5G certainly sounds exciting, do we really need it? Dr William Webb, an IT expert and author of The 5G Myth, isn’t convinced. “The people who came up with the 5G concept didn’t ask themselves whether people actually need to go faster than 4G,” he argues, pointing to growing scepticism among CEOs of the world’s leading telcos about whether 5G is actually worth the capital investment. The argument goes that consumers are basically happy with what they have and don’t want to pay for anything faster.

William believes our needs for internet access are largely met already by a combination of 4G and home broadband. He likens it to another service which has also reached optimal performance in most of the developed world: water. “It’s like asking what the future of piping water into our homes is – the answer is to simply keep delivering it,” he says.

It’s like asking what the future of piping water into our homes is – the answer is to simply keep delivering it.

That said, for Simon, 5G’s success will really depend on the growth of the new business models – think autonomous vehicles and so on – that require it, rather than simply providing faster internet connections to smartphone and laptop users.

So, where should investors focus?

Simon believes it will be the infrastructure companies that come out the winners as 5G spreads – the companies that can use their existing networks to provide more connections. He also recommends watching new players that discover ways of connecting consumers in hard-to-reach locations, such as trains and planes.

William expects to see 5G enjoying most success in industry. From an investment perspective, he expects the firms that do well to be systems integrators (companies providing services that connect different technologies and deliver them to end customers) in the IoT space, with 5G as part of their offering. Watch firms that provide software and hardware packages to industries such as agriculture, shipping and manufacturing, he advises.

Whether 5G reaches the masses or becomes a niche technology remains to be seen. But the race is certainly on.