A red card – sanctions at the World Cup

The strictest rebuke we usually see in a football match is when the referee reaches for the infamous red card – but the FIFA World Cup in Russia has brought financial sanctions into the spotlight, writes Oliver Rodwell, Head of Compliance Development at Dolfin. 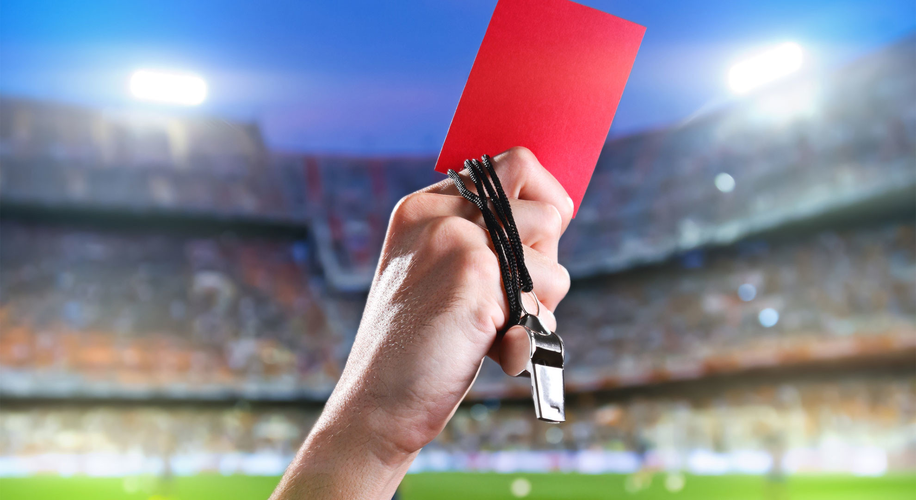 Football’s World Cup is one of the biggest sporting spectacles on the planet, attracting billions of viewers around the world and providing entertainment and opportunities for participants, spectators and businesses alike. In recent years, this sporting event has grown in popularity beyond football aficionados and become an unstoppable juggernaut with seemingly unending global reach. This increase in size and scale has naturally come with a massive increase in value. Tickets are at a premium, countries pour funds into their infrastructure in preparation, and billions in partnership and sponsorship deals are committed to teams, organisations and broadcasters over the length of the tournament. It could be said that the World Cup is the largest recurring economically relevant event across the world.

However, as its value rises, so does the scrutiny it attracts from legislators and regulators. The football world has always endured its fair share of scandals, but these are increasingly occurring off the pitch and carrying penalties more severe than those taken from the spot. In 2015, following widespread allegations of corruption within football’s governing body, multiple FIFA officials were arrested in a morning raid, kicking off criminal investigations that are still ongoing today, forever changing the reputation of the game.

Although many people’s enjoyment of the game has not been marred by these events, reports of financial sanctions affecting teams in Russia have been widespread, continuing to show just how much of an impact financial crime can have on the beautiful game.

Punitive measures imposed on Russia are nothing new. The geographically largest country in the world has been sanctioned by multiple government bodies, most significantly in the US and Europe, restricting the ways in which industry participants in these markets can deal with Russian entities and individuals. Long before the tournament began, businesses looking to take advantage of commercial opportunities would have faced challenges to ensure that in doing so, they would not infringe these stringent prohibitions, which can lead to massive fines and trade restrictions, potentially leading to far greater financial and commercial damage.

This itself – whilst delicate – is not an unknown issue, rather just another ‘red tape’ requirement that a global business may have to consider whenever trading across borders.

But it is not Russian sanctions that are grabbing the headlines. Earlier this month the BBC reported on sporting super brand Nike’s withdrawal of its football boots from the Iranian national team, stating that “US sanctions mean that, as a US company, Nike cannot supply shoes to players in the Iranian national team at this time.” It may be a simple issue to resolve for the Iranian team, but given the emotional and political importance of participation in this competition, it is an unfortunate reminder of the political and economic upheaval, which has plagued the country for so many years.

Despite his nation’s fantastic showing in the tournament so far, one player has been forced into the limelight – and not for his on-pitch performances. Rafael Márquez, captain and record appearance-maker for Mexico, has recently been ‘blacklisted’ by the US Treasury Department for alleged involvement in the money laundering of drug cartel funds.

This is not a sanction per se, but it operates in much the same way. Whilst this black listing will only have a real impact on companies that operate in the US, the scale of the country’s economy means this blacklist has global consequences. Márquez has been subject to ‘special treatment’ from corporate sponsors, extending to a contractual arrangement with the Mexican national team stipulating that the captain may not drink from the same branded water bottles as his team mates or wear branded training kit. It is also suggested regardless of his performance, he could be forbidden from winning Budweiser Man of the Match.

But the knock-on effects have hit Mexico too. FIFA contributes funds to each team to aid their World Cup preparations, and it has been reported that the governing body had to employ an alternative banking method to its usual procedure to ensure that the Mexican team contribution did not go through a US banking system for fear of assets being frozen. This is not without precedent – Márquez’s own funds held in the US are frozen and unavailable to him.

All involved may feel hard done by. As of the time of writing, Márquez has not been criminally charged, and denies allegations of any link to the drug trade. Despite this, the former Barcelona player has remained on the Treasury blacklist since August last year, with no sign of that changing in the near future. It can only be hoped that off-the-field issues with arguably Mexico’s greatest ever player do not harm what has otherwise been a great start to the tournament.

With the level of economic activity generated by the World Cup, the financial sector must be cognisant of its effects, and seek to benefit from the opportunities it presents. Typically, these could include increased demand from involved industry sectors for financial services or analysis of financial markets. But in todays world of evolving, stringent regulation, it is clearer than ever that to truly take advantage of these massive global events, firms must employ not only financial analysis, but also political, regulatory and commercial analysis to determine the niche and less saturated opportunities that can give them a real competitive edge.

As they say, it’s a game of two halves.