Although it’s primarily an investment of passion, sport can deliver real returns for savvy investors. 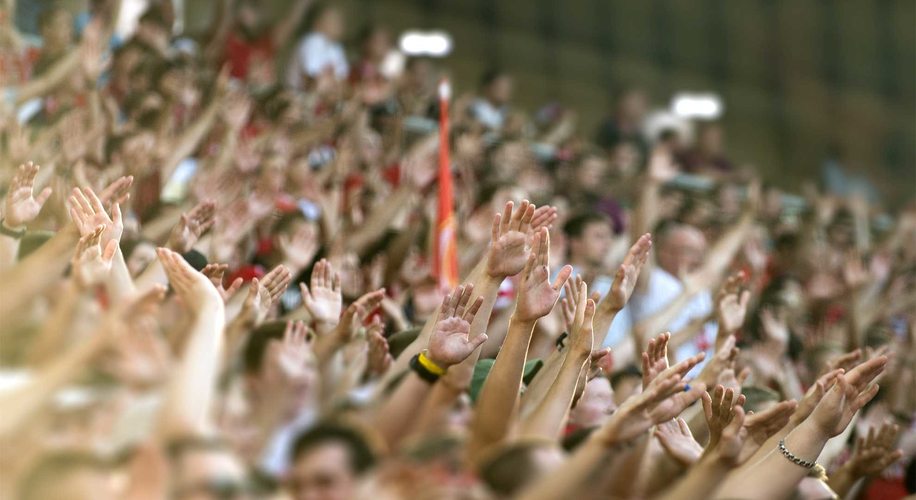 Just 30 years ago, sport and investing were rarely mentioned in the same breath. Football had a hooligan problem, the Olympic Games were beset by boycotts and rugby union was an amateur affair.

In his book The Greatest, Times columnist Matthew Syed argues that since then, sport has grown exponentially, “demonstrating a curious staying power… confounding the expectations of those who so confidently wrote it off”.

“Sport is a 21st-century success story both on and off the pitch.”

Sport has today morphed into a thriving multi-billion pound industry. No more half-empty, rickety old stadiums; sport is a 21st century success story both on and off the pitch. Take Manchester United, playing regularly to crowds of 75,000. The world’s richest football club is worth a cool £2.7bn in enterprise value, according to KPMG, and the money sloshing around the sport shows no sign of abating. The latest Premier League TV deal came in at £8.3bn, allowing United to add £75m striker Romelu Lukaku to its star-studded ranks last summer.

Academic studies have long suspected the outcome of a football game has a bearing on a club’s share price. Like its on-field performances since legendary boss Alex Ferguson retired in 2013, Manchester United’s share price has similarly struggled, although top fund manager Nick Train snapped up a block of Manchester United shares in September 2017, believing the club to be undervalued. However, few Premier League clubs are listed on the stock exchange. Arsenal is another, but one share will set you back around £15,000.

All this raises some fundamental questions. Are investors merely fans? Is the thrill of owning a stake in a club too much to resist? Can you profit from sports investing? Or is it just another passion investment?

Alternative investments
There are other ways to invest in football. Hedge funds, such as Australian-based Priomha, use trading strategies in betting markets in a bid to generate returns. A new tech start-up, Stratagem, taps into artificial intelligence to predict sporting outcomes, with the aim of making betting markets more like financial ones. Sillsport Sports Development, meanwhile, uses its investors’ cash to secure contractual rights on professional footballers at the beginning of their careers.

There is also Tifosy, a crowdfunding platform that allows sports fans to invest in the clubs they support.

“Tifosy issues real investment products on its platform – equity and debt (mini-bonds) – allowing fans to invest in their clubs in a way not possible before,” says James Pollock, co-founder of Tifosy, who has already worked with clubs such as Fulham, Crystal Palace and Portsmouth. “We started in football, but will soon expand to rugby, cricket, motorsports and golf. We’ve seen average investments of around £2,500 with highs of £25,000, but we expect these numbers to evolve as we break into new sports.”

A partnership with Stevenage FC in August 2017 saw Tifosy launch English football’s first ever mini-bond, raising £500,000 for the club to buy a new stand. “Stevenage FC issued a five-year, fixed-term mini-bond with a minimum £500 investment, which pays 4 per cent cash interest to anyone investing, or – if they prefer – an 8 per cent interest in club credit,” adds Pollock. “These Stevenage investors, for instance, can absolutely make money investing in sport. It’s the same for an equity issue, where the financial return is not immediate – there is more of an emotional element to the investment – but growing clubs may be able to issue dividends and may be sold at higher valuations in the future. Just look at what is happening with Chinese owners acquiring European football clubs.”

Participating in the sport of kings
Horse racing gives football a run for its money in terms of passion investing, and a successful racehorse can make money not only in prizes, but also in stud fees after its racing career is over. Plus, there’s the chance to stand in the winner’s circle. However, a good flat-racing horse costs at least £100,000, with training fees £20,000 a year and race entry, veterinary costs and insurance to consider on top of that. So owning a share of a horse via a syndicate can be a cost-effective way of investing.

“A share price covers the cost of the horse, all aspects of upkeep, running and training,” says Louise Brassey, head of marketing at Highclere Thoroughbred Racing, which recently celebrated its 500th flat-racing syndicate winner. Its shares range from £38,500 for horses placed with a champion trainer to £7,950 for up-and-coming prospects.

“It’s for the fun, sport and ultimate enjoyment with no guarantee on any return.”

“People shouldn’t come into it thinking they will make money,” says Louise. “It’s for the fun, sport and ultimate enjoyment with no guarantee on any return. We do not sell the shares as an investment.”

So, maybe that’s how sports investing should be viewed: a way to enjoy the sport with the added excitement of personal involvement and a stake in any success.