Bricks and mortar, Brexit and migration

The flow of wealth into global property markets is increasing, research has found, and – Brexit notwithstanding – London remains a magnet for investors. 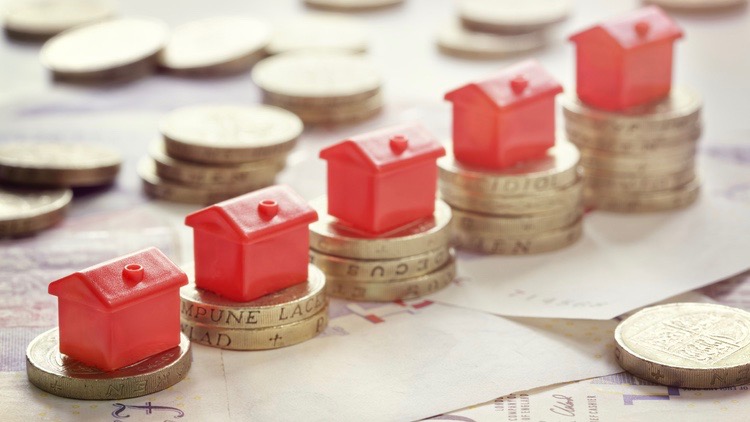 Research by real estate consultancy Knight Frank, published in The Wealth Report 2018, reveals that the number of ultra high net worth individuals (UHNWIs) globally is rising steeply, and with that has come an increase in the movement of wealth around the world. This outflow of wealth is having a significant impact on property markets, particularly in locations regarded as ‘safe havens’, such as London.

“There has recently been significant growth in the numbers of very wealthy individuals,” says Liam Bailey, Knight Frank’s Global Head of Research. “Even looking at lower-tier wealth brackets, there has been strong growth. A lot of that is powered by China and South-East Asia, as well as the US. We’re interested not only in how this wealth is being created, but in how it’s moving globally and the impact on property markets.”

Knight Frank’s research found that Chinese funds deposited in reporting locations rose by $172bn, a staggering 721 per cent, in the three years to June 2017. The way wealth is created in China and spreads around the globe is a subject that is familiar to Giles Cheney, Head of Dolfin’s China desk.

About 75 per cent of our Chinese clients had made their money through property.

“Selling discretionary or advisory portfolios to Chinese investors is a very difficult thing to do,” he says. “They just don’t seem to get excited about it. Since about 1992, China has been functioning much more as a capitalist state: real estate was privatised and that allowed people to make vast amounts of money. For our clients, about 75 per cent have made their money, or at least the beginnings of their wealth, through buying and selling property.”

The significance of property in the wealth portfolios of Chinese and Indian UHNWIs is a key element of Knight Frank’s research. “We looked in detail at China and India, to understand how much wealth is being placed outside those countries,” Bailey says. “Property is a very desirable asset class for people to place their money in overseas, because you have the ability to earn an income from the property and also enhance it and improve your returns over time. It plays into the zeitgeist at the moment: people are moving from passive investments to active ones, where they can influence the performance of their portfolio.”

But what are the factors that sway investors in deciding where in the global property market to invest? Alongside the global movement of wealth is an increase in demand for second passports and residencies: Knight Frank’s research found that 34 per cent of UHNWIs already hold a second passport and 29 per cent are planning to obtain one.

As a result, many countries are encouraging foreign direct investment as a new source of revenue, offering citizenship in return. These ‘citizenship for sale’ programmes have created not only a bidding war among countries seeking to attract foreign investment, but also a backlash from within the countries that offer them.

In the UK, there is no longer a property allocation in the investor visa programme.

“There has been criticism of the programmes in places like Cyprus and Portugal, that property developers are essentially selling investor visas,” Cheney says. “Here in the UK, there is no longer a property allocation in the investor visa programme. That’s in part due to the outrage expressed by some British people – particularly Londoners – that they were unable to get on to the property ladder because investors from the Far East were pushing up prices.”

“Governments are reacting to the movement of money around the world by putting in place barriers to entry or increased cost of entry,” Bailey agrees. “Governments are nervous of encouraging global demands for property in their markets, because there is a concern about the impact on local people and their ability to invest in property.”

Brexit and the bubble

Given these barriers – coupled with the looming threat of Brexit – it would seem logical that London’s attractiveness to foreign investors would be diminishing apace. Yet Bailey believes this is not necessarily the case.

“The market has slowed after the Brexit vote, but that followed quite a big change to stamp duty in March 2016,” he says. “It’s difficult to separate that story from the impact of Brexit, because they happened at the same time. But I think the biggest issue for the London market has been taxation rather than Brexit. When you talk to investors about Brexit, the further away from the UK they are, the less of an issue it becomes. There’s a recognition of short-term risk, but also a belief that the benefits of London outweigh that risk in the long term.”

Cheney sees two factors in the continuing attractiveness of London to foreign – particularly Chinese – investors: the enduring appeal of the city as a place to live and work, and increasing tensions between the US and China.

The relationship between China and the UK is fantastic.

“I don’t think there is a match for London or the UK around the world for culture, history, rule of law, restaurants, shopping – all things that the Chinese adore,” he says. “And the relationship between China and the UK is fantastic, and it’s only getting better. The more hostile the US becomes, the better our relationship with China gets. We are even more popular after Brexit, because they see more trade prospects. Brexit has been amazing for our relationship with China.”