What lies ahead for motor sport in a world that’s turning against petrol-powered cars and possibly even human drivers? With the first ever autonomous car competition on the horizon, we ponder the formula of the future. 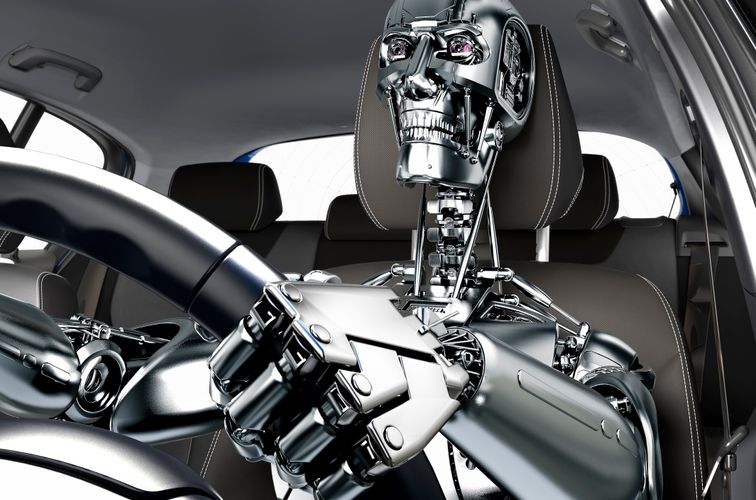 In 1993, three electrical engineers started a company called Nvidia. They wanted to develop graphics chips that would make video games – including motor racing simulators – more realistic. And they succeeded – so much so that today, 25 years on, Nvidia’s DRIVE PX 2 software is powering the world’s first autonomous motor sports series: Roborace.

Effectively, Nvidia started out making virtual racing more like real racing. Now, it’s making physical cars behave more like digital ones. This is what happens when technology and sport meet. The question is: how profound will the long-term impact be?

Roborace was unveiled in 2015 as a support event to the all-electric Formula E (FE) series. Its pitch is pretty simple: motorsports with autonomous vehicles. There will be 10 teams, each with two driverless cars equipped with the same DevBot software kit. In essence, the race will really be about which of the teams’ programmers can ‘mod’ the kit best.

Three years later, the series has yet to host a race. That’s software for you. But at time of writing, Roborace says its ‘Season Alpha’ is due to launch in spring next year. No one quite knows what to expect, though Roborace’s CEO Lucas di Grassi confirmed in November one big change: there will be a human driver dimension after all (at least for part of the race).

“We changed our mind,” di Grassi told Motorsport.com. “The impression of a driver driving and then jumping out much better exemplifies the difference between human and autonomous driving. Motorsport has to have a human component. It’s always been about human and machine.”

Motorsport has to have a human component. It’s always been about human and machine

Time will tell if this is a good move. After all, there are some who believe Roboracing’s best hope of success is to focus on the self-driving element. Kate Walker, the F1 blogger for ESPN, says: “If there are no drivers, then there is no safety element. And no safety means you can stretch the laws of physics. You could have these insane tracks with loop the loop features and so on. I think that might be the best way to sell it.”

Yes, it sounds like video games with real cars. And why not? Gamers have been racing virtual cars since the 1980s. In the last five years, they’ve even turned watching other people playing video games – eSports – into a multi-billion-dollar market. Maybe Roboracing, the ultimate synthesis of PlayStation and Formula 1 (F1), is the logical end point.

It makes your head spin. And it raises interesting questions. “It’s easy to be glib,” says Walker, “but you have to ask: who goes on the podium? The software developer? We can all scoff, but Red Bull’s Adrian Newey has a cult following in F1 and he’s a middle-aged aerodynamicist.”

Of course, Roboracing is still, to use a computing term, ‘vapourware’. No one can know, yet, what its impact will be. But other disruptive trends are more immediate. The most obvious is the rise of the aforementioned FE and electric racing.

FE is the industry’s inevitable response to the drift away from petrol on the roads. If motorsports exist (in part) to test tomorrow’s innovations in the consumer space, it has no choice but to embrace electric cars.

Declan Brennan, director of strategic branding at US team CJ Wilson Racing, believes this to be the case. He says: “There’s always been a tech transfer argument in motor sports. F1 says it does that, but it doesn’t really. That’s where FE comes into its own. It’s a reaction to where the regulation is going.”

Kate Walker agrees: “There’s definitely a PR angle to it. I don’t think it’s any coincidence that when ‘diesel-gate’ hit, a load of manufacturers quickly committed to Formula E.”

Cost may be another motivator. While F1 costs spiral and manufacturers struggle to stay solvent, FE has made affordability part of its appeal. Manufacturers all work with the same basic car design. They can only differentiate on the e-motor, inverter, gearbox and cooling system.

Whatever the motivation, the truth is that FE has growing support from car makers, with Audi, Jaguar and Renault already involved and BMW, Mercedes-Benz, Porsche and Nissan committed to joining. FE has also worked hard on branding itself as the motorsports series for the people. Because the cars are less powerful than their petrol-powered counterparts, FE can run its races on city-centre tracks, making them more accessible and cheaper to attend.

The series has also embraced new media channels and direct fan engagement. For the 2018/19 seasons, races will be streamed live in the UK on YouTube and BBC iPlayer. The series has even hired YouTube influencers as presenters. Perhaps the most daring innovation is FanBoost, which lets fans vote for their favourite three drivers to receive two bursts of extra power during the race.

The big question is: have these innovations worked? Well, it depends. The sport itself claims an average 27.3 million viewers tuned into each FE race in 2017/18, up from 18.6 million for the previous season. But there have also been many negative reports. When the series went to Montreal, the organisers claimed 65,000 people attended, but later conceded that 20,000 tickets were given away free. By contrast, when F1 went to Canada, 360,000 fans turned up.

Clearly, it’s a little unfair to compare the two, when one is three years old and the other has decades of history behind it. But are there more fundamental weaknesses in FE? What about the noise – or lack of it?

“You can’t deny FE is slower and quieter than F1,” says Walker. “And fans don’t seem to want less noise. The opposite, in fact. When F1 reduced engine noise in 2014, fans didn’t like it at all. I think there’s generally a glamour in F1 that is lacking in FE. A lot of it is to do with the tracks. There are portaloos and the team garages are in tents. It all feels a bit temporary. That said, I’ve seen some fantastic FE races and I do think that a lot of the objections to it come from people who grew up as petrolheads and just don’t like change.”

When F1 reduced engine noise in 2014, fans didn’t like it at all

FE will be hoping that the next generation feels differently. Its own figures suggest it is winning over younger fans. It says engagement in FE digital channels by 13 to 17-year-olds rose 347 per cent in the past year and insists the technology will make the sport better over time too. Cars will get quicker. And in the coming season, they will house a new battery, designed by McLaren Applied Technologies. Its extra capacity will mean drivers no longer need to change cars half way through the race.

Ultimately, the fans will decide the long-term future of motor sports. Change seems inevitable. But it need not be a zero-sum game. After all, cricket has embraced 20:20 but test matches still attract big crowds. Maybe there’s room on the podium for F1, FE and Roborace.