When you’re on holiday, relaxing with a glass of something cold, it’s tempting to consider leaving the corporate world behind and embarking on a new venture – perhaps one involving wine. Dolfin Diary meets two entrepreneurs who have done just that. 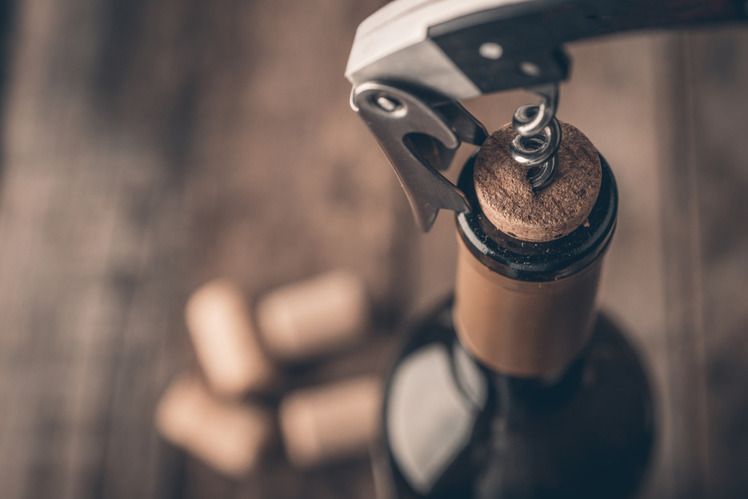 Running a wine business might seem like living the dream, but the barriers to entry can appear insuperable. While a chateau in France surrounded by productive acres of vines may be as unattainable as it’s idyllic, there are other ways to become a winemaker that entail less capital outlay as well as less risk: from the traditional négociant model to the growing and disruptive trend of urban wineries.

Stephen Cronk, founder of Mirabeau en Provence, left London with his family in 2009 after working in telecomms for 15 years to set up a winery in France.

“Our original plan A was always to buy a vineyard,” he says. “We thought we would be able to swap the value of the house in London for a wine estate in the South of France and make wine. But you can’t just go and buy a vineyard. They’re very expensive, and the best ones are not for sale. And because the quality of the wine is so dependent on the quality of the fruit, we began to wonder why we would want to own the whole supply chain if, by buying in the right quality fruit, we could make the best possible wine.”

For Cronk, being a négociant – he purchases wine from nine growers across the region, specifying the desired finish before blending and bottling the wines under the Mirabeau label – is not so much a compromise as the best of both worlds.

“If you have your own little wine estate, the weather that passes through will change the profile of your wines. The French believe in terroir, that your wine should represent the land and whatever flavour profile nature gives you that year. Whereas I believe that our business is about making sure we deliver the same style of wine to our consumers. We’d rather work with growers to achieve a consistent style of wine year in and year out,” he says.

Back in London, former asset manager Warwick Smith founded Renegade Wine in 2016, spotting a gap in the market and becoming the east London’s first urban winemaker.

“It was a bit of a copycat idea,” he says. “The concept already existed around the world – there are urban wineries in Denver, New York, Sydney, Hong Kong and Paris – but I wanted to make sure I didn’t make the same mistakes others have. I wanted to be nimble, intuitive and customer-facing. People who buy urban wine are not traditionalists. We don’t have a legacy – we’re here for a good time and to make differentiated, quality wines. Our philosophy is: what can we do with high-quality fruit that others don’t do?”

Setting up Renegade meant finding space (the company is housed in a railway arch in Bethnal Green), obtaining a licence to make wine from HMRC, investing in the right equipment, securing a supply chain for fruit, and hiring a great winemaker. In his first year in business, Smith produced 7,000 bottles; in 2017, he scaled up to 27,000.

“None of it is easy,” Smith says. “The barriers to entry are high. I funded the business myself, with my own money and funds borrowed from a friend in asset management, which I’m still repaying. In hindsight, I could have built the business model and then tried to raise significant capital funding earlier. The learning curve has been huge – we do everything here. We label every bottle by hand.” 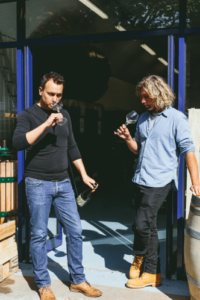 Scaling is a challenge for any new business, and it’s one that both Smith and Cronk have grappled with.

“We started the business with the proceeds from the sale of our home in London, and we’re still running on fumes,” Cronk says. “We’ve had no external investment, and last year we made a profit for the first time. So it took seven vintages to break even. We may start to move slightly up the supply chain and start buying grapes, if it makes sense for us to do that. We’ve built a business now where we’re selling in 45 counties and we are able to continue to scale to some extent, but the quality will remain the most important thing.”

“I’ve received huge support from sommeliers at top London restaurants, the public and retail channels,” Smith says. “It’s only now that we have the volume that we’ve needed to focus on sales. The issue is how to get to the next stage and grow. Currently, the business will be profitable but not necessarily attractive to investors wanting quick returns. It’s a risky, capital-intensive business, but there is money to be made.”

Having learned lessons from their own successes and mistakes, what advice would Cronk and Smith give to others looking to enter the business?

“Socialise the idea with people who know better and will challenge it,” Cronk says. “This idea was ten years from inception to execution. We spoke to people in the wine trade a lot. One guy said to me, ‘Stephen, if you’re thinking of buying a vineyard, go and lie down in a darkened room until that thought passes.’ So, if someone picks up the phone to me, I’ll also tell them how it is!”

“Make great wine, sell it and build your brand,” Smith says. “I’ve loved every second of this, even if it all goes wrong. And if we keep making the quality of wine we have so far, we’ll be okay.”