Independence Day: For us or the robots?

It’s been 20 years since Will Smith saw off hordes of attacking aliens in the sci-fi blockbuster. Today, should we be worried about a different kind of invasion? 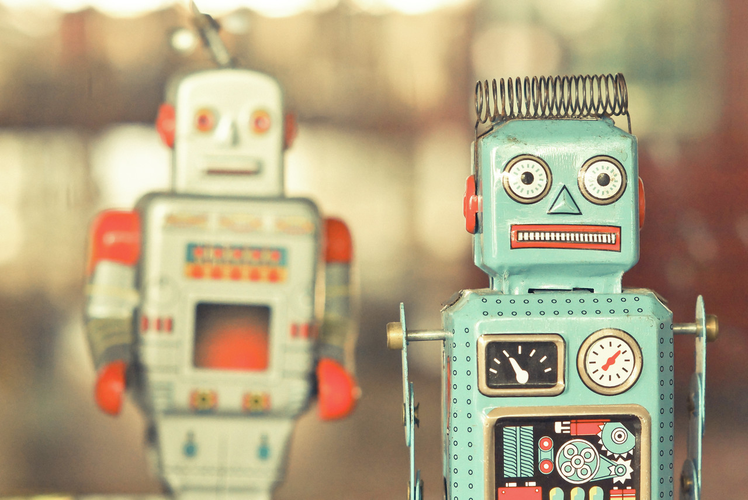 The robots are coming. Technology-watchers have been saying for some time that robotics and artificial intelligence have taken several more steps forward over the past few years, meaning that machines are on the way that will be much cleverer and more powerful than previous generations. As they spread through industry, the effects could be dramatic: University of Oxford researchers Carl Benedikt Frey and Michael Osborne have estimated that 47% of jobs in the US could be replaced by computers by 2033, while the McKinsey Global Institute suggests that less than a decade from now robots could produce the same output as 40–75 million human workers.

For many people, the natural response is anxiety and fear. Faced with a transition from robots that can perform repetitive tasks very efficiently to intelligent systems that can think and make judgments, people are bound to ask whether we are reaching the point where technology and automation will destroy more jobs than they create.

We’ve been here before

But two lessons from history are clear. First, machines have been replacing human workers for centuries and that process has always caused alarm and provoked resistance. And second, just as machines have replaced human workers in some roles, so others jobs have appeared and created new opportunities. There are more people in work today than ever before and we also have more machines and more automation than ever.

“Our economies have become steadily richer and more productive thanks to new technologies, and our living standards are much higher than they were one or two generations ago, which is why I believe we need to embrace the possibilities that technology and automation offer,” says Amir Nabi, Chief Operating Officer of Dolfin. “That doesn’t mean that change will be easy or smooth but it’s important to realise that it brings opportunities as well.”

Machines are taking roles in law, accountancy and finance.

Some of these opportunities are appearing in the wealth management sphere, where Dolfin is focussed, he says. Disciplines such as machine learning and data science have now advanced to the point where machines that have cognitive skills and the ability to make decisions based on complex information are starting to make their presence felt. This is enabling machines to start taking on roles in professions such as the law, accountancy, finance, marketing and journalism that, until now, have remained largely unaffected by the changes that have affected many industrial jobs.

In wealth management, Nabi believes that more advanced technology systems will transform the service that advisors can deliver for their clients. “Technology is really our friend,” he says. “It’s a tool that’s going to help increase our capabilities and our productivity and ultimately help us to make clients better off. We have put technology at the heart of how Dolfin operates because it will enable us to do things more efficiently and deliver a better experience and higher quality services for our clients and partners.”

Give clients the best of both worlds: part-human, part-machine.

The company sees great opportunities in ‘robo-advisory’ services that use intelligent technologies to help clients explain their financial circumstances and preferences, but it also believes that human relationships will continue to matter a great deal. The aim, therefore, is to create the right blend of the human skills with software engineering and data science to come up with a proposition that is effectively part-human, part-machine. “The idea is to give clients the best of both worlds,” says Nabi.

“We often underestimate how much machines have already done to make people’s jobs and lives more rewarding and less stressful,” says Nabi. He believes that there is no reason why this trend should not continue. Given that access to data is likely to increase considerably as new systems are implemented, he also argues that this should help to ensure financial products are safer and better designed, which will make them more valuable for clients.

This is all brought much closer to realisation as intelligent machines start to roll out. “What’s different now compared with a few years ago is that machines are really starting to take on tasks that need more cognitive types of function. So it’s not just about automating processes: it’s about learning to solve complex problems and making decisions.

“If you have that in addition to the human touch, you have the building blocks to create truly smart systems and that’s really exciting.”