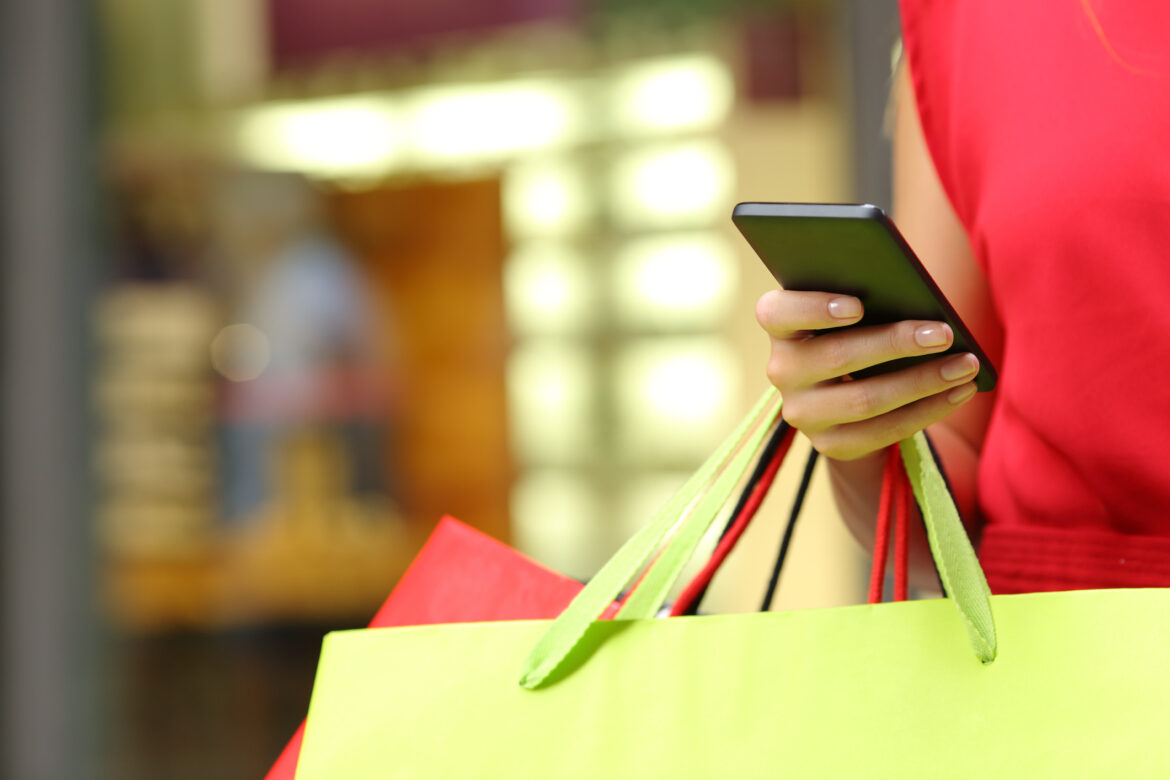 Last year, a video went viral in which Chinese supermarket staff and an elderly man rowed angrily over a bunch of grapes. Was the OAP trying to steal the grapes? No, he was just trying to pay with cash, with staff insisting he use his phone. The incident revealed the extent to which mobile payment – via the dominant platform WeChat, which has a staggering 1.08 billion monthly active users – now dominates Chinese society.

But the west is lagging far behind. Yes, people do use mobile wallets here to pay for physical goods, but not to anything like the same extent. A report by Auriemma Consulting Group found that 12 per cent of Brits now regularly use Apple Pay, while just four per cent use Android Pay.

And the east/west disparity isn’t just limited to rates of adoption. The way people make mobile payments in China is completely different. In China, most mobile shopping starts inside WeChat, where users also date, bank and play games. And, as described, they also use WeChat to make payments in the ‘real world’ – scanning barcodes printed out by retailers to complete a transaction.

In the west, things are different. Apple Pay, Android Pay and PayPal are not messaging apps. Really, all they do is ‘dematerialise’ a plastic card inside a smartphone. So their functionality is limited. For example, inside WeChat users can read a restaurant’s menu, order what they want to eat, and then pay. Apple Pay users can only do the final part.

So the big question is: will western consumers eventually emulate their Chinese counterparts? Will people do everything within Facebook Messenger, Snapchat or the like, rather than negotiating dozens of different apps?

Unsurprisingly, the main messaging companies would love them to. Over the last few years, western chat app developers have introduced payment capability into their products. In 2014, Snapchat launched Snapcash to let friends send money to each other within the app. In 2017, Facebook added a similar option inside Messenger.

“Facebook has not given up on a grander vision of being a payment platform.”

Neither has been successful. Snapchat closed Snapcash last August. And while Facebook Messenger payment is still live, the service is hardly mainstream. When people use it, they do so to settle small debts with friends: they do not pay businesses with it. Meanwhile, Instagram is currently testing a payment feature with brands such as Nike, but for the moment this is a closed trial.

Still, it’s clear that Facebook has not given up on a grander vision of being a payment platform. Just weeks ago, Mark Zuckerberg pledged to refocus Facebook away from its public newsfeed and more towards private messaging. Though he said the strategy is motivated by privacy, many observers see it as a plot to turn Facebook into a ‘WeChat for the west’.

The big challenge facing Zuckerberg and others is that eastern and western consumers started in different places. Many of China’s citizens did not have bank accounts or laptops before they embraced smartphones. They also have a government that prohibits Google and disadvantages Visa and Mastercard. So WeChat and the online marketplace Alipay were able to step into the vacuum, giving Chinese citizens a complete online life inside a messaging app – including the ability to manage their money.

“Inside Alipay, you can save and invest in fixed income products and regulated trusts – and build up your credit record.” – Jay Williams, Dolfin

Dolfin’s Head of China Desk Jay Williams says this has made a huge difference to millions of people. “Inside Alipay, you can do more than just pay,” he says. “You can also save and invest in fixed income products and regulated trusts – and build up your credit record. This is something most people wouldn’t be able to do with a regular bank account.”

In fact, these features have made the Alipay’s ‘bank’ Ant Financial one of the world’s most powerful financial services companies. Chris Skinner, author of Digital Bank, has spent months studying China’s mobile payment space, and can explain why. “Chinese people didn’t have plastic bank cards of any kind,” he says. “So they were uniquely primed for mobile payment, but they didn’t know whether they could trust sellers. What Alipay did was to take their money in escrow, then release it when the buyer got the goods. That’s made it the biggest bank in the world. But it doesn’t think like a bank; it just thinks like a technology firm that wants to create the best customer experience.”

An app for everything

Obviously, the way the western mobile channel has evolved is different. Here, people have dozens of apps and pre-existing bank accounts they can assign to them. They can embed payment inside Uber, AirBnB, Just Eat, Asos and so on. As a result, the appeal of a single messaging app that links to everything is limited. Melody Lin, Project Manager at Dolfin, says: “There are so many messaging options available to people in the west. I can’t see one dominating as WeChat has.”

“I can’t see one messaging option dominating in the west as WeChat has.” – Melody Lin, Dolfin

That said, there is one disruptive possibility left. RCS is the new messaging channel supported by the world’s telcos. It will offer similar rich functions to Facebook Messenger, iMessage, Signal and others. However, it will not be a downloadable app. Instead, RCS will be pre-loaded as the default messaging option inside virtually all Android phones (Apple has yet to commit to the standard). Think of it as SMS v2.

RCS will eventually support payments too, which insiders think could be significant. Why? Well, take parking for example. At present, motorists who wish to pay by mobile have to download the parking company’s app or visit a website and then painstakingly enter card details. With RCS they can just send a text to a shortcode to start a rich messaging session. Inside the message will be options to pay with a single button press.

In the UK, only Vodafone supports RCS, but it is set to become available with payment options to all mobile users by mid 2019. Nick Millward, VP of Europe at mGage – a company that helps brands set up RCS campaigns – believes it could be a big success. He says: “If we can get to the point where most people have a native RCS app on their phones, it will offer a simplified process of engaging. It will be so much easier than downloading an app. I think brands get that. They’re excited about the fact that RCS can be a universal channel.”