Pieces of the past

Ancient art has a unique and compelling appeal for collectors. But do antiquities represent a sound investment – and how can you be sure your treasure is the real thing? 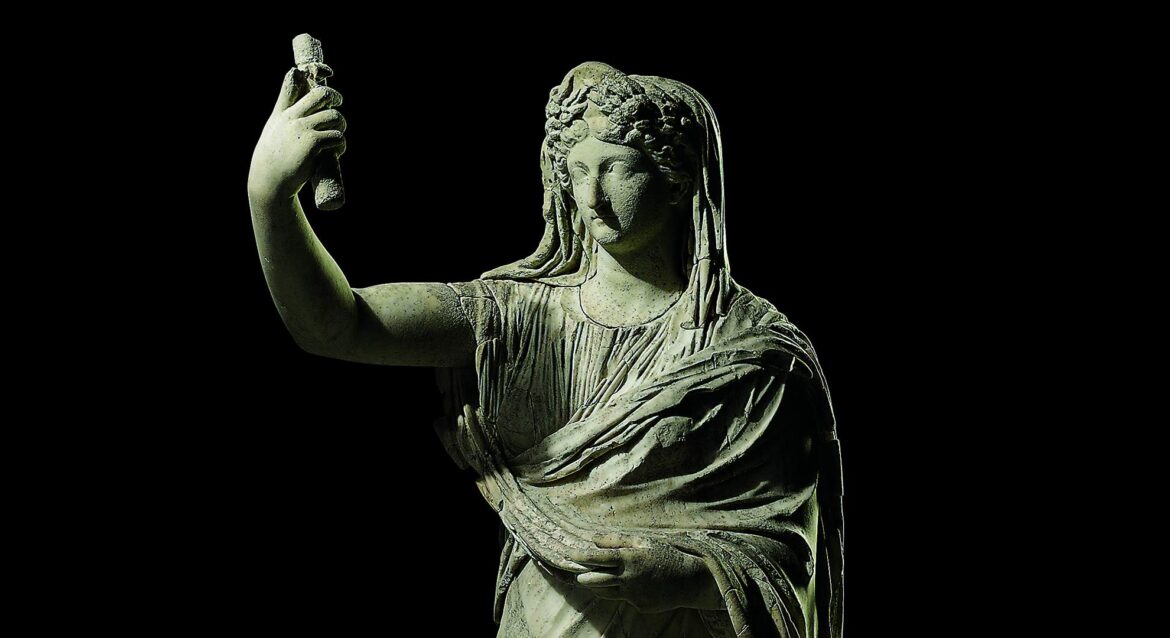 Roman legends, Greek mythology, and the cultures of ancient Egypt and the Far East hold an enduring fascination for many people. And for those with an interest in collecting and investing in art, starting a collection of ancient weaponry, vases or marble statues can come as a revelation and develop into a passion.

“For many collectors, it goes back to childhood, when you start to learn about ancient Rome and ancient Greece, and dream and imagine what those cultures were like,” says Laetitia Delaloye, Head of the Antiquities department at Christie’s in London. “A few collectors have told me that when they realised you could collect ancient pieces, ancient art, they could not believe it. And once they started, they built their collections very quickly.”

This enthusiasm is understandable, because buying ancient art and antiquities is not only an investment of passion, but a financially sound choice. Overall, the market shows stable growth – and at the top end, prices can rocket.

Moreover, says Delaloye, antiquities are versatile pieces for collectors to keep and enjoy in their homes. “Antiquities have influenced all the subsequent art forms and periods in the last centuries. They go with everything. If you collect something else, you can add an antiquity in there because there will be an artistic link.”

“The market shows stable growth – and at the top end, prices can rocket.”

But – as with any investment – there’s a caveat. Once bitten by the antiquities bug, collectors are at risk of acquiring artefacts that are fake, or – worse – illegal. From the mid-18th century – when the Grand Tourists made a Classical education and a collection of Classical art to go with it the hallmarks of a gentleman – until the mid-20th, objects were routinely removed from their countries of origin by invading armies, collectors and archaeological expeditions organised by the most prestigious European museums. It was only in 1970 that the UNESCO Convention on the Means of Prohibiting and Preventing the Illicit Import, Export and Transfer of Ownership of Cultural Property was ratified and the sensitivity about the subject saw nations begin to actively protect their cultural patrimony.

Nonetheless, says St John Simpson, Curator in the Middle East department at the British Museum: “The black market in antiquities and culture constitutes one of the most persistent illegal trades in the world. Thefts, illicit excavations of archaeological and paleontological sites, illicit import and export or illicit trafficking on the internet of cultural property poses major threats to the cultural heritage of humanity.”

Many people who purchase looted or illegally excavated objects do so entirely innocently, Simpson stresses. He cites the example of a couple who, when working in Jeddah, Saudi Arabia, during the 1990s, purchased an inscribed Islamic bowl from an Afghan-run antique shop. “They had no idea there was anything wrong with it until they put it up for sale last year, and Christie’s in London recognised it as a piece that had been published as belonging to the National Museum of Afghanistan in Kabul,” he says. “They contacted us and let the owners know it would be impossible to sell the piece openly through an auction house. After some discussion, the owners agreed to return the piece to Kabul, and it is back in the museum now.”

It would be galling to say the least to discover that you can never realise the value of an item purchased in good faith, but there is some comfort in “doing the right thing”, as Simpson puts it. But there’s no such consolation to be had if you discover that you own an outright fake.

“There are more fakes than genuine pieces in circulation.”

“I think there are more fakes than genuine pieces in circulation,” Simpson says. “And faking has got a very long pedigree. They have been faking cuneiform tablets in Iraq since the beginning of the 19th century, some 50 years before anyone could even read them. We have evidence from Yemen of fake bronze pieces being made within five or six years of the original artefacts being discovered.”

Depending on the type of artefact, it can sometimes be extremely difficult to distinguish a fake from the real thing, even with advanced technology, if stylistic and artistic analysis is not suffient, says Delaloye. “For a lot of artworks, there’s no test that can be done. For marble, for example, we can’t date the stone. For bronzes you can test composition of the alloy, which will tell you if there is a modern element but not for sure if it’s ancient. If doubt remains, we will leave the piece out of a sale.”

For any collector, new or experienced, it’s therefore vital to buy from a reputable source. “Collectors are better protected by using major auction houses or well-known dealers, rather than private dealers with no business premises, or the internet,” says Simpson.

Delaloye agrees: “Visit museums and auction houses and really train your eye. Start to handle objects, that’s when you learn the most about them. Talk to specialists, because we are always very happy to share with new collectors.”

“Roman marble sculptures with 18th- or 19th-century provenance are extremely sought after.”

So, if you’re tempted to begin to collect ancient art, what are the pieces that appreciate most in value?

“Roman marbles enter this category,” says Delaloye. “Roman marble sculptures with 18th- or 19th-century provenance have gone up in value and are extremely sought after. Generally, pieces with pre-1970 documented provenance can also sell in multiple of their estimates, as well as objects that come rarely on the market. Another trend at the moment is Cycladic marble idols, made in Greece between 3000 and 2000 BC. They have very pure aesthetics and a very contemporary look, and have gone up in value tremendously.”