With its longstanding history of providing ‘neutral ground’ on which to build collaborative organisations like Euroclear, SWIFT and MasterCard, it’s perhaps no surprise that, today, Belgium is fostering some innovative fintech projects. Our CMO, Andrew Carrier, reports from the country where he grew up. 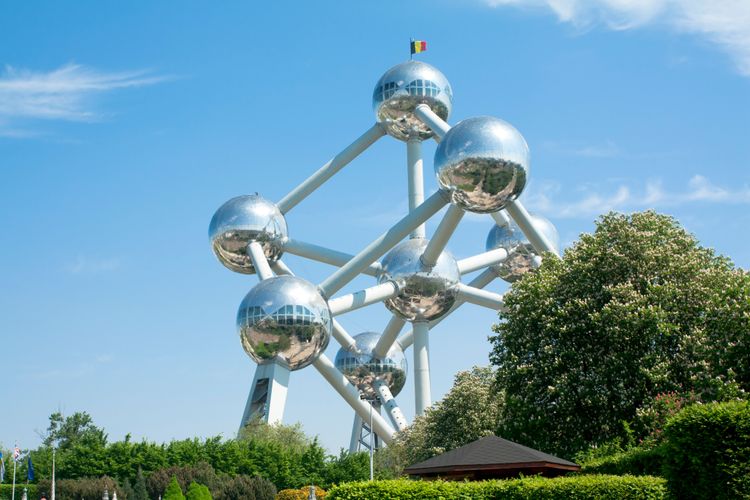 It was an unlikely combination of sweaty messengers and armoured trucks that provided Belgium with a unique position within the European financial sector. And they did so by prompting an unprecedented model for innovative collaboration that thrives still.

You see, until 1980, The Bridge was physical: The Pont Adolphe in Luxembourg linked Cedel’s (now Clearstream) depositories with Euroclear’s own. Every day, thundering vehicles and breathless messengers would physically deliver securities in settlement of the constant trades between the two.

The danger and impracticality of such a system drove the two to transform The Bridge into an electronic communications platform that today facilitates the settlement of securities transactions between Clearstream Banking Luxembourg and Euroclear Bank, the latter now headquartered in Brussels.

Today, Belgium is home to some of the largest actors in the financial sector – Euroclear, SWIFT, MasterCard, BankSys and ATOS Worldline, to name a few – and leading examples of financial institutions coming together to collaborate on financial infrastructure.

1968 marked a critical moment for Euroclear. Belgium’s authorities created a ground-breaking legal framework for the international issuer and investor base to invest in a new international financial instrument: the eurobond.

“It’s not by chance that [organisations like SWIFT and MasterCard] have set up operations here,” explains Walter Verbeke, Global Head of Business Model and Innovation, Euroclear. “Belgium, with its central location in Europe, relative small size, its talented multilingual pool of employees gives it a quite unique position in Europe.”

We want to position Belgium in the niches it is good at: regtech, insuretech and paytech.

Fabian Vandenreydt is the Executive Chairman of B-Hive, a European collaborative innovation fintech platform that brings together major banks, insurers and market infrastructure players. “One of our goals is to put Brussels on the map as the gateway to Europe (thanks to) its centralised location and great governance that supports startup growth (the Digital Belgium policy was established in 2015),” he says.

Vandenreydt acknowledges the obvious presence of the European institutions, but is clear that the main challenge for B-Hive is to position Brussels and Belgium “for the specific niches it is good at, like regtech, insurtech, paytech and ethical AI, rather than as a generic fintech centre.”

When 239 banks came together to create SWIFT – the global financial messaging service – in 1973 they also agreed to base the new cooperative in Belgium, a decision that still stands today. And this despite the existence of weighty tax, regulatory and administrative burdens all corporates in Belgium point to.

To succeed in innovation, you need collaboration

“To succeed in innovation, you need collaboration,” says Kevin Johnson, Head of Innotribe, SWIFT’s forum for its community to engage with emerging fintechs. While Johnson acknowledges there are some innovations that will give companies a clear competitive advantage, “a large number of the industry’s challenges are best managed in partnership – and finding new ways to solve these challenges is good for the industry as a whole.”

Innotribe (obviously) leverages Sibos – financial services’ premier annual conference – heavily in order to bring topics such as big data, blockchain, crypto-currencies and quantum computing into the conversation well before they hit the mainstream.

A large number of the industry’s challenges are best managed in partnership.

Euroclear is particular in being open-architecture, which allows it to to closely align its strategy with the best interests of the markets. Verbeke cites, as an example, the dynamic of intensified collaboration between Market Infrastructures, such as CSDs, and financial institutions. “Today, generating enhanced client value and experience is often the fruit of concrete co-creation,” he adds.

B-Hive’s Vandenreydt is crunchy about the collaborative’s focus: innovative solutions for the variety of challenges faced by the financial services industry.

“After noticing the increase of data breaches and third-party suppliers getting hacked, we recently launched a Trusted FinTech Programme to encourage startups and scale-ups to put more focus in security. Through the programme, we hope to provide value to our members by increasing their resilience and compliance,” he says. The second example would be B-Hive’s newly created programme with Oracle, where it aims to maximise business opportunities for startups and scale-ups through a six-week, fast-tracked monetisation process.

Innotribe has leveraged its business-specific initiative, the ‘Industry Challenges’ to place the voice of the customer at the heart of the discussion. Industry Challenges are built around a facilitated workshop where targeted customers, startups, and relevant business units from SWIFT work together to address specific business problems. Following the workshop, Innotribe conducts ‘proof of value’ exercises driven by customer needs, involving both the startups and SWIFT.

For Verbeke, Euroclear aims to grow its business around a focused set of spearheads: further extending the ecosystem of global collateral mobility, expanding global reach and international network (e.g. access towards Asian markets), as well as turning the platform’s impressive data flows into value-add information services. The latter was a core reason for setting up Euroclear Information Solutions in 2017, for example.

So, where to next?

“Some of the biggest trends at the moment are cybersecurity, regtech, ethical AI (especially for transaction monitoring), APIs (in the context of open banking) and insurtech, to name a few,” says B-Hive’s Vandenreydt.

Both Euroclear and Innotribe agree that innovation for its own sake and trend infatuation are unhelpful.

Fintech has to support delivery on our strategy.

Euroclear’s innovation and fintech focus is increasingly shifting toward its core: “With a short term lens, fintech has to address a concrete need of our CSDs and support delivery on our strategy. Longer term, fintech on our radar are those that assert our key DNA role of creating a safe and efficient environment for the capital markets,” asserts Verbeke.

As far as Johnson is concerned, the application of innovation must always be to solve a customer problem. “Through our workshops…we look at what challenges they (customers) are facing and then look to apply technology to solve them. Only by fully understanding the problem, can you understand the market opportunity and start to think about a solution.”

And then, there’s Brexit

SWIFT’s size, contingency planning and distributed architecture means that it can effectively shrug off the planned Brexit. Meanwhile, B-Hive’s Vandenreydt relays an interest from UK fintechs for a dual HQ location, including one in continental Europe. He points to the benefits of Belgium for these startups, given its position as a very good test market for the rest of Europe.

Euroclear’s Verbeke thinks it foolish to think that fintech would be in any way limited to country boundaries. “Brexit or no Brexit, London will continue to be a hub of innovation. By their nature, ambitious fintechs take the pan-European and international angle. Fintechs, seeking a second location to settle, will typically look for a European location; being this multilingual hub with a particular cultural affinity, positions Belgium and Brussels quite uniquely,” he concludes.

“If you can make it here, you can make it…anywhere,” affirmed Frank Sinatra about New York. But had you quietly slipped him a Belga cigarette and a Westvleteren 12, he might just as well have been singing about Belgium’s place at the heart of collaborative innovation for the financial sector. And that’s whether you’re an established actor or a newcomer to the fintech scene.