Valentin Vincendon, Dolfin’s Head of Product Development, looks at the prospects for the technology sector in his home country and explores whether start-up fever can generate long-term heat. 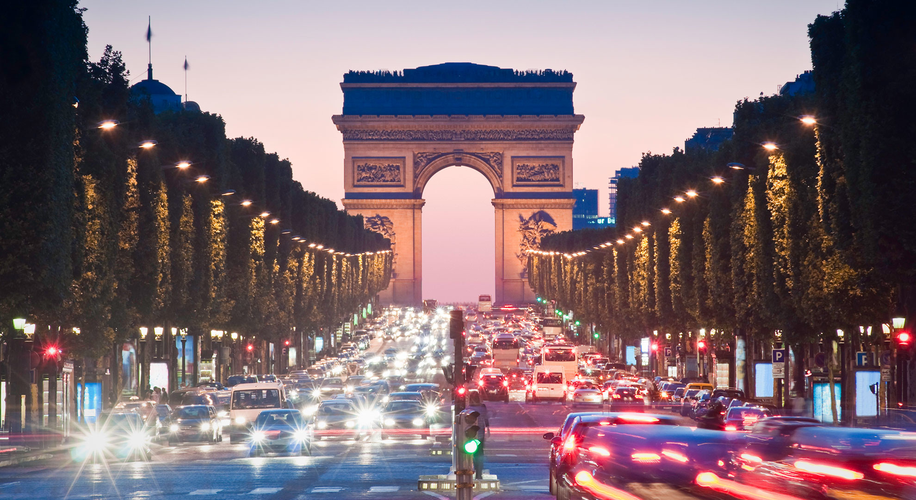 At first glance, the prospects look robust for investing in technology in France. Investment in French technology has been powering ahead lately, not just in Paris, but in provincial hubs too. The electorate did not deliver a cataclysmic election outcome, and momentum is zipping through the sector.

Investment in French technology has soared in 2017 and is ahead of 2016 figures by more than 40 per cent. France also pulled ahead of Germany in terms of dollar funding to tech companies in the second quarter, according to marketing intelligence company CB Insights. Thriving tech hubs focusing on video gaming, digital arts and mobile apps have emerged in Lille and Bordeaux.

Many graduates are attracted to start-up culture.

France has a strong reputation for producing high quality science and technology graduates, nurtured by the prospect of working on such prominent European projects as CERN and within the thriving aerospace and defence industries.

Now, it seems, many of these graduates are becoming attracted to start-up culture and are finding conditions ideal to get in at the ground floor of the ‘next big thing’.

Along for the ride

The ride-sharing company BlaBlaCar is a much discussed illustration. The environment which many believe typifies French business – inefficient state-run companies, extremely favourable workers’ rights – may have forged the inertia that allowed BlaBlaCar to take hold. A complacent transportation industry would not have seen it as a threat.

Now it is valued at roughly €1.4bn and its business model (where it takes a percentage of the cost of journeys taken by its 35 million members) is being closely watched by sluggish monopolies.
“France’s favourable welfare system may, counterintuitively, spur start-up culture.”

A more established example is the telecoms company Free, which disrupted a staid and heavily protected phone and internet market when it launched in 1999. By offering much cheaper internet access (as well as other market innovations) it forced the reigning telecom giants to follow its lead. It has since become the number two ISP and third largest mobile provider in the country.

As well as the strong emphasis on education, France’s favourable welfare system may – almost counterintuitively – act as a positive spur for start-up culture. The founders of companies know they can rely on generous state benefits for employees if a firm fails (and decent grants to get started). Therefore, this safety net may propel them to take more risks, or even to take the plunge in the first place. You don’t get that cushion in the US.

So while there are many positive factors that make the French tech sector appear attractive for investors, it is important to present caveats.

First of all, there are also many opportunities for other countries to facilitate exciting start-ups. There is much competition in Europe and in many places it is far easier to hire and fire people; the cost of employing workers in France is a huge barrier. A European salary survey by Deloitte in December 2016 showed that average annual French employer costs remain the highest in the region: over €100,000, compared to under €80k in the UK and around €70k in Denmark (the lowest).

And people (and potential start-up founders) value the stability of the UK – as the saying goes, London is the sixth-largest French city.
“Young people are rarely the ones with money to invest.”

Also, it can be difficult for a start-up to grow in France. This is why there is a scarcity of medium-sized companies: when a company reaches a certain size, it becomes very hard to scale up, because of government red tape and the onus on firms to engage social committees and so on. So you have many small companies and very large companies, but little in between.

There is also an ‘adoption’ hurdle for French firms to overcome. You see it in the fintech space. France is far behind the UK – and even further behind the US – when it comes to how people like to save. The French tend to prefer cash than investing in capital markets. And they also tend to be slow to adopt new technologies. Young people might be more interested in technology than previous generations but they’re rarely the ones with money to invest. It’s a huge barrier for aspiring French ‘wealthtec’ firms.

The spectre of political risk also hangs over investors and companies who may be willing to invest. This is not necessarily the kind of risk about who gets into power and who doesn’t, but the issue of trust. For many years French politicians have eroded trust (a malaise that doesn’t exist only in France, I note) so greatly that it makes companies fearful to invest. If companies can’t rely on a government to stick to their promises or to not change direction, it prompts them either to sit on their cash or to move it to a more favourable jurisdiction, in terms of workforce or tax prospects.