The Greek government’s economic forecasts suggest recovery and solid growth in 2018, but the reality of day-to-day life in Greece is rather different, writes Dolfin’s Head of Sales, Georgios Ercan, who recently returned from a visit to his home country. 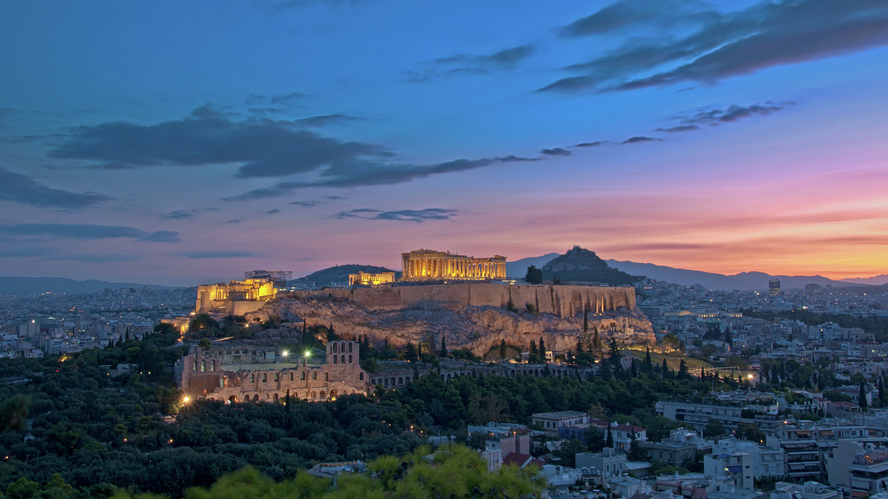 During the early 2000s and up to the start of the financial crisis in 2008/9, Greece experienced significant economic growth. Wealth was being created and the economy was booming, with 3–4 per cent GDP growth year-on-year. It was the fastest-growing country in the EU but, as we saw, everything was built on weak foundations.

Now, Greece has been in recession for almost a decade and unfortunately there is little sign of improvement, other than official economic forecasts. This state of shock has worsened in the past two to three years with the major shift from a centre-right government to a left-leaning government, which made promises to cut ties with Europe and build relationships with bigger countries that are not strongly affiliated with Europe, such as Russia and China. As a result, Greece was unable to secure new external to EU funding and restructure its debts to viable levels. Instead, it took on further debt, extending the lifeline of its EU membership – and rightly so.

The big winners in the single monetary union are the big exporters, such as Germany and France. Countries like Greece, Portugal and Spain allow for the EUR exchange rate to be adjusted to lower levels, which is obviously preferential for the larger, stronger exporting member states. Greece also offers a strong border towards the Middle East. But at present, Greece is weakened and in no position to exit this crisis on its own. So Greece needs Europe and Europe needs Greece.

The government that came to power in 2015 saw themselves as young and dynamic, with a renewed vigour to drive Greece back to prosperity on its own terms. They did fight back against the bailout terms imposed on Greece, they did clash – that’s a fact. But the results outlined above have been devastating to the economy. The current Prime Minister, Alexis Tsipras, continues to see his level of support dwindle, mostly as a result of his failure to deliver what he promised in the referendum back in July 2015. At the end of the day, Greece has remained in the European Union on even worse terms than those offered to it before the referendum.

Greece’s government is celebrating the fact that 2018 is set to be a year of improvements in terms of fiscal policy and in the numbers the government needs to achieve for its memorandum requirements. GDP growth is forecast to rise by 2 per cent in 2018 and unemployment is forecast to fall, but that doesn’t mean people’s day-to-day lives are getting better.

Young, smart labour is leaving Greece, leaving behind an ageing population and a possible pension crisis.

On my recent visit to Athens, I got to speak to people and see things for myself. People are saying it’s great that the country is delivering on numbers. It’s great that the country is looking to go to public markets and raise further viable debt. It’s all great, but at the end of the day, it’s an improvement on paper only and not reflected in people’s actual day-to-day life. There is huge unemployment. Salaries have decreased. Taxes have increased. The middle class has been wiped out. Pensioners are constantly receiving reduced pension money. Corruption is still a huge problem and the ‘shadow economy’ is huge, which should not be the case for a developed EU economy.

Furthermore, a lot of skilled people have migrated out of Greece. I know people who have come up with great ideas in the tech space and elsewhere, who have sought funding to grow their business, and investors are telling them they won’t invest as long as the company is based in Greece. So young, smart labour is leaving the country, leaving behind an ageing population and possibly a pension crisis for the future.

Greek people have a lot of depressing stories to share, unfortunately. Yet people still live there. People still go out and have fun. Life goes on. And on a positive note, the solution to the country’s problems is clear. What Greece has to do is to fix two things: the judicial/legal and tax systems. Currently, corporations are required to pay tax up front for the year and then claim back deductions, all within a highly bureaucratic system. Income and capital gains tax is too high, making it unattractive for businesses and individuals to consider a move to Greece. Even Greek ship-owners choose to fly the flags of tax-efficient jurisdictions such as Panama and the Marshall Islands on their vessels. The trade unions also have a strangle-hold over businesses from pharmacies to the taxi licensing process. Last but not least, the process of setting up a Greek incorporated company is long and cumbersome. All this makes Greece highly unattractive to foreign investors.

Now is the time for the Greek government to get creative with regards to economic stimulation.

But Greece has a lot of things that it can leverage off: most importantly, its weather, tourism, islands, history and its shipping connections and presence. Even China appreciates Greece as the other great ancient civilisation. Now is the time for the Greek government to get creative with regards to economic stimulation. It’s a known fact that it will be a long slog to get the economy back to the highs of the 2000s, but there is plenty of light at the end of the tunnel. The tech industry is fast growing. According to the not-for-profit organisation Endeavor Greece, 144 new companies were created in 2014 (mid-recession period) – up from only 16 in 2010. The figure is not overwhelming in itself – there were 500 start-ups in the UK in 2013 – but economists and venture capitalists agree Greece is on the cusp of a start-up boom. So why not create universities in Greece, where people come and learn the Greek or ancient Greek language, study tourism, benefit from what the country has to offer?

Greece could also be a strong exporter of renewable energy – with high winds in the Aegean Sea and 300 days of sunshine, it’s perfectly placed to benefit from these natural resources. Why not allow companies to come and build all this infrastructure in Greece to the benefit of the local and national economies?

On a final positive note, there have been key reforms implemented, including infrastructure projects, ports and airports owned by foreign companies and the expected boom in tourism, partially helped by geopolitical events in the area, have secured these projects, which will bring solid revenues for the country.

The main impression I was left with after my trip to Greece is that it is a turnaround story for foreign investors, but still a difficult place for SMEs, pensioners and young people to prosper.