Priyank Lakhia, Relationship Manager at Dolfin, reports on the seismic changes taking place in his home country, and how their effect is being felt globally. 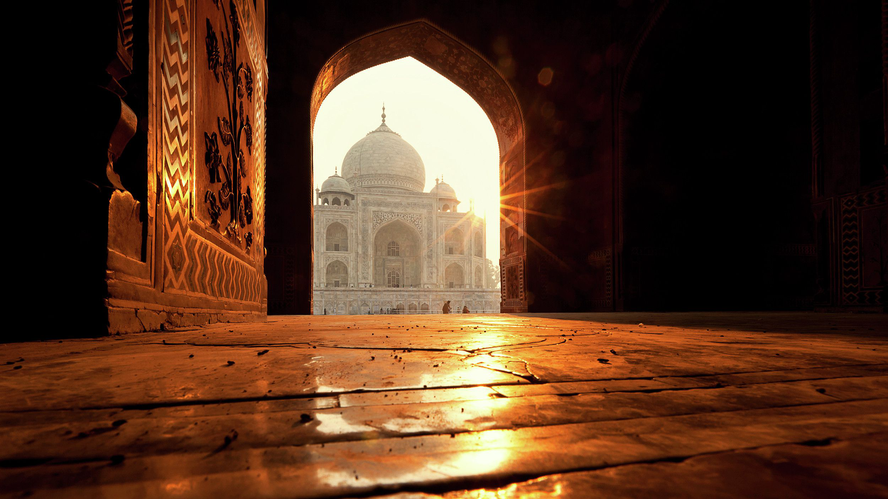 After decades of self-imposed financial isolation, India is opening up to the world. Since declaring independence from Britain in 1947, the South Asian powerhouse has been on a unique and epic journey of self-discovery.

Its major cycles of wealth generation have at times both dazzled and perplexed the world. Various studies peg India and China as the nations that controlled a large share of global GDP prior to the 1700s. There were many developments in the 1800 to 1900s that restricted the growth and competitiveness of the economy. In the 1960s, it led the non-aligned movement that cleaved to neither the US nor the Soviet bloc. A two-decade long slump culminated in virtual bankruptcy in 1991, followed by a hopeful era of reform then yet more policy drift.

India has once again joined China among the top 6 wealthiest countries.

Then came Narendra Modi. A stoic who preaches and practices probity, the former chief minister of Gujarat was elected prime minister in 2014 by a public sick of high taxes, low growth, and hypocrisy and cant in the political class. Today, India has once again joined China among the top 6 wealthiest countries in the world.

The former chief minister of Gujerat, who transformed the province into the most business-friendly of India’s 36 states and territories, Modi delivered on his campaign-trail promises, cracking down on corruption and selling bad state assets. Multiple reforms, most notably the ‘Make in India’ campaign, promised to suck in foreign investment, create millions of new jobs and build an economy with a mix of local and global demand..

By 2050, if all goes to plan, India will be a country transformed. Barring future policy missteps (such as the election of another reform-phobic premier), economic growth is set to grow at upward of 7 per cent a year for the next 30 years. PwC tips India’s to be the world’s second largest economy by mid-century – behind China and ahead of America – worth $44.2tn, against $2.5tn in 2017.

Salaries rose at an annualised rate of 9.3 per cent in the local financial year to the end of March 2017, with the number of Indian-born dollar millionaires up 9.5 per cent in 2016, to 219,000, according to Capgemini. In Asia, only Japan and China boast more ultra-rich individuals.

One question that surprisingly few have asked is: who stands to benefit from India’s rise?

One question that surprisingly few people have asked (perhaps because the world remains so focused on Beijing’s seemingly irresistible growth engine) is a simple one: who stands to benefit from India’s rise?

Let’s start with the obvious answer: the people of India. India is one of the youngest nations in terms of population and with a total population of 1.35bn and counting (at the end of 2017, according to the United Nations) most will benefit from ‘Modinomics’. Reforms are targeted towards the larger population but as the economy gathers steam and makes more investments the benefits have started to flow to those living in India’s megacities, Mumbai, Delhi and Bengaluru. More broadly, the mix of policy changes and reforms have raised aspirations across the local population.

Individuals in the country now aspire and one can see changing trends in their consumption. India’s new wealthy typically spend more on quality-of-life goods and services, from fine dining to gym memberships to foreign vacations. Tour operators are seeing more interest for the non-regular and activities like skiing (limited avenues in Tropical India) are generating more interest. Education has seen a big benefit as students continuously aspire to study at some of the world’s best schools. High performance cars and ultra-luxury products have now penetrated to most metros and are rapidly seeing more demand.

And as this wealth grows, so it is becoming globally dispersed. Capgemini says 41 per cent of the financial assets owned by high-net-worth individuals are held abroad. New World Wealth, a South African research group, reckons 7,000 Indian HNWIs moved overseas in 2017, against 6,000 in 2016 and 4,000 in 2015. Favoured destinations include Dubai, Canada, the UK and Australia, all countries that helpfully host a strong and long-established Indian diaspora. In January 2018, a record $1.2bn left the country to be spent on children’s education abroad, tourism and gifts to expatriate relatives. The influence and taste of the next generation is clearly visible in the growth of diverse portfolios of global assets.

With the government relaxing capital controls, an army of mass affluents is learning how to put their money to work abroad. Since June 2015, any Indian resident has been allowed, under the ‘Liberalized Remittance Scheme’, to transfer up to $250,000 overseas each year, double the previous limit, which will enable them to fund their children’s education in the US or UK, and later on, the larger savings pot can be used to apply for visas that can provide citizenship and the right to work after education, letting them move seamlessly from place to place and firm to firm.

There is an explosion in the number of wealth managers catering to Indian HNWIs.

The next step on this road is greater financial literacy and sophistication. After buying property in a new primary or secondary home, the next diversifying step is investing in financial instruments, equities and fixed income products. The net result is an explosion in the number of wealth managers catering to Indian HNWIs. Some of these outfits are global in name and nature, while others, Indian by heritage, are rapidly buying up asset-management outfits in the likes of London and Singapore.

India’s opening-up process benefits everyone. More capital is flowing into the country than ever before, while wealth is also streaming offshore to be used for education, investment, travel and more. It’s just the latest chapter in a great and once-isolated country’s story of self-reinvention.