Switzerland’s highly decentralised system of cantons competing with each other to attract businesses has helped secure its reputation as a safe haven for investors, explains Maria Ivanova, Sales Marketing Manager at Dolfin, who is a Swiss national. 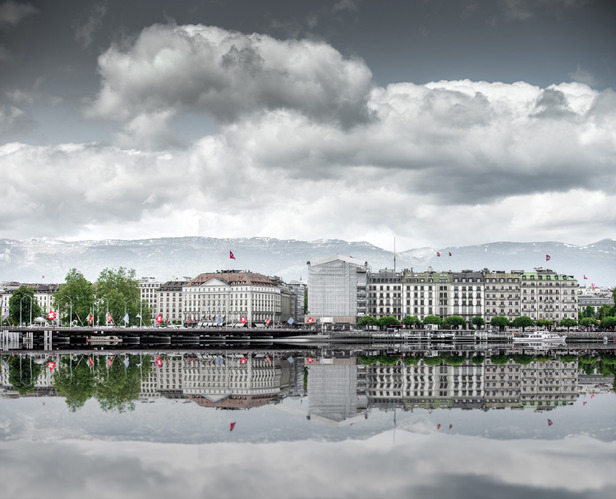 Since the global financial crisis of 2008–09, Switzerland has been quietly concentrating on strengthening its global reputation as a safe haven for investors – whether wealthy individuals, investment funds or corporates. This reputation was further enhanced by the 2011 eurozone debt crisis, which reminded the world that Switzerland was an island of fiscal stability within a troubled continent.

One of Switzerland’s top attractions is its relatively low tax rates: the highest corporate tax rate is 21.2 per cent, compared with 30 per cent in Germany and 25.5 per cent in the Netherlands. But the tax rate is in fact much lower in some of the 26 cantons that make up the country’s federal system.

Due to the partial sovereignty of the cantons, they can compete against each other by setting their own tax rates. For example, Lucerne has the lowest rate of 12.32 per cent, with Nidwalden not far behind on 12.66 per cent. These low rates make Switzerland an attractive destination for companies, especially in the early stages of a business where margins are slim.

Due to the partial sovereignty of the cantons, they can compete against each other by setting their own tax rates.

Furthermore, the cantons have developed specialisms in particular economic sectors that makes it advantageous for new companies to set up in certain jurisdictions in order to benefit from what economists call agglomeration: gains that arise when firms locate near each other. While the canton of Glarus has a corporate tax rate of 15.71 per cent, its reputation as one of the most developed manufacturing sectors in the region has attracted local and foreign companies. Similarly, Zug has established a strong financial sector which has recently seen it become known for cryptocurrencies.

Investors also benefit from specific tax incentives. In some cantons, investors may be able to benefit from up to 10 years of tax-free business, as long as they can demonstrate the importance of the business to the canton in terms of jobs and new investment.

At a national level, the country boasts a highly educated, multilingual labour force thanks to its renowned vocational education and training system. Along with clean air, excellent quality infrastructure and a high standard of living, Switzerland is an attractive place to both live and work. It has the third-highest level of GDP per capita in the Organisation for Economic Co-operation and Development (OECD) and the Swiss have the second-highest rate of life satisfaction. In its most recent assessment, the World Economic Forum awarded the country first place in its Global Competitiveness Report 2017/18.

Financial investors, too, continue to rate Switzerland as an attractive place to house their wealth, thanks to financial centres in both Zurich and Geneva. Much like London, it has long been seen as a destination for high net worth individuals (HNWIs) and more recently for ultra-HNWIs. Switzerland has protected the privacy of account holders. While international measures to stamp out tax evasion have imposed restrictions, such as the US Foreign Account Tax Compliance Act (FATCA), which allows the US government to access data of citizens with Swiss bank accounts, Switzerland still ranks in the top three for bank secrecy.

While the country is rightly famous for its core skills of private banking and fund management, it has been at the forefront of financial innovation. In November 2017 the canton of Geneva issued Switzerland’s first green municipal bond, raising CHF620m. This year Credit Suisse launched a €500m green bond on the Swiss Stock Exchange.

While the country is rightly famous for its core skills of private banking and fund management, it has been at the forefront of financial innovation.

As with all foreign investments, companies and individuals need to bear in mind the risks. An ageing population could negatively affect the business environment as demographic change drives up public spending on pensions and long-term healthcare. Strong demand for high-skilled workers has so far been met by immigration, but the popularity of anti-immigration policies could impact investment and make it harder to employ skilled personnel.

Overall however, the authorities have successfully navigated the economy through challenging times. While no country is immune from risk, Switzerland’s strong political, economic and social consensus based on its canton system, close relations with the European Union, and specialisation in high-tech manufacturing and financial services should ensure it retains its reputation as a safe and secure haven for investors. Aside from chocolate and snow-topped mountains, low taxes continue to be Switzerland’s global calling card.