Last week, Dolfin attended WIRED Money, a one-day conference in London. The event, now in its fifth year, “brings together the innovators, inventors and entrepreneurs defining the future of the finance industry”. Our CMO, Andrew Carrier, came away convinced that the future of financial technology lies in surprising and delighting customers. 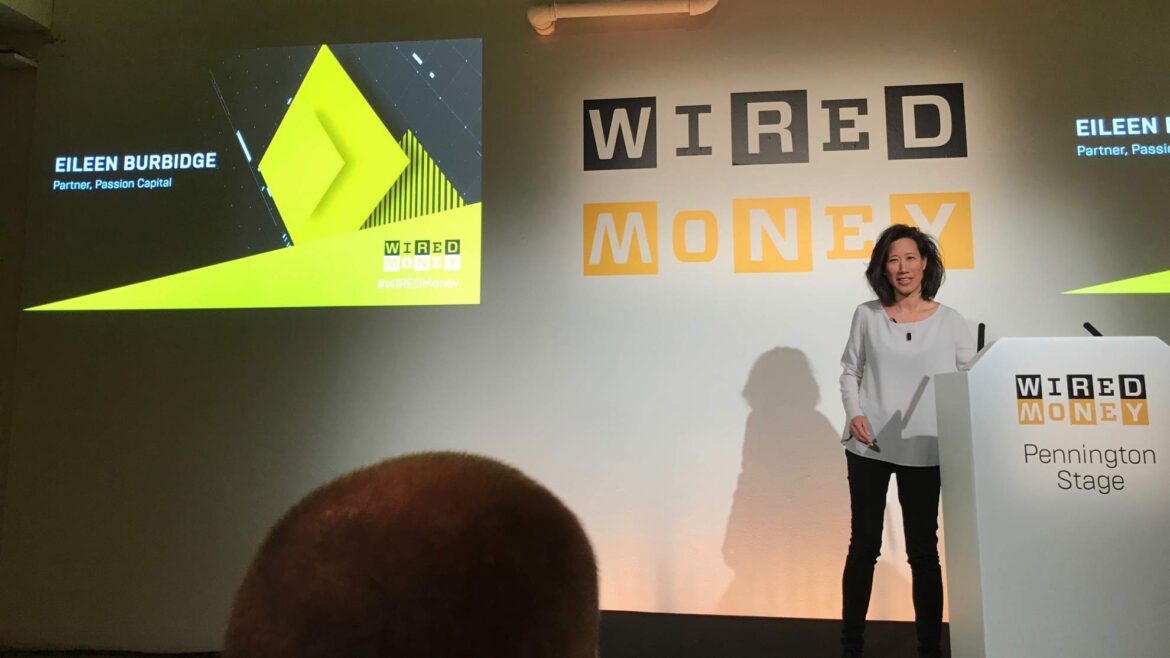 Blockchain will do for transactions what the internet did for information.” This soundbite, from Arvind Krishna, SVP and Director of Research at IBM, was the last thing I tweeted from WIRED Money last week. If I’m being honest, I’m not sure I really understood it. The day was drawing to a close and my head was spinning with all the ideas I’d absorbed throughout the day. Over the weekend, I had a chance to reflect on the many sessions I’d attended and distil some thoughts on the three key themes that were raised again and again. These resonated with me not only because I believe them to be true but because they inform a lot of what we do at Dolfin.

One of the first speakers of the day was Tom Blomfield, CEO of mobile app-based bank Monzo. Blomfield is engaged and engaging, his passion for the company he heads up evident. His key message was that financial services providers have been thinking for far too long in terms of what they can provide rather than what their customers need. They’ve sought to ‘own’ the relationship with the customer in order to sell them more products. “Banks seem to focus on financial products as their primary unit of reason; they seem to ignore humans,” he said.

Valentin Stalf, CEO of German mobile bank N26, agreed. “Banking should be all about the relationship with the customer,” he said, “not so much about financial products.”

Once you realise it’s the relationship between people that matters, the question quickly becomes: how do you build that relationship when your business model deliberately eschews the bricks-and-mortar contact points that traditional service providers have long relied on? When your customers deal with you more via their smartphones than face to face, how do you build trust and loyalty?

“Banking should be all about the relationship with the customer.”

Of course, the answer lies in letting the ‘process’ get out of the way and focusing on delivering value to your customers. Describing N26’s model of offering a mix of its own products and best-of-breed 3rd party products, Stalf said: “Regardless of who is providing the end product, the process for our customers should always be the same.” Eileen Burbidge, partner at Passion Capital and the British Treasury’s ‘special envoy’ for fintech, was also adamant that “a lot of value will come from B2B improvements, but ultimately it’s all about consumer value”.

So how does that value manifest itself? We need to be able to surprise and delight in the same way that a shiny new iPhone does. That means giving some pretty deep thought to what our customer really wants, and how we can deliver it in the most compelling way. The overall experience we are able to give our customers is crucial. Of course, face-to-face interaction is just one way to deliver a customer experience. Truly well-built software can have a similar impact. As Stalf said: “The key to success in fintech is having the best developers and designers, not the best financial products.”

Being able to predict what a customer wants is harder, and requires both a mind-shift and data – a lot of data. “There is a shift going on from ‘organisation-centric’ to ‘customer-centric’,” said Joern Leogrande, EVP Mobile Services at Wirecard, “and data is the key.” Because we now know a lot more about the people who use our products, with a little thought we can pre-empt their needs.

Rise of the data-powered robot

Of course, data on its own is of little value. You need some intelligence to sift through
it, to draw intelligent conclusions from it, to make incisive decisions with it. It’s something Blomfield had touched on earlier in the day. “Artificial intelligence could alert you when you have money sitting idle in a current account and suggest investing it more profitably,” he said.

Burbidge, Starling Bank CEO Anne Boden, and John Fawcett, founder of Quantopian, all highlighted the importance of data-powered AI too, with the latter claiming his firm “now has the largest database of investment algorithms ever created”. However, it was left to Jürgen Schmidhuber, scientific director of Swiss AI Lab, who is generally recognised as the ‘godfather’ of modern AI, to give what ended up being the most memorable talk on the subject.

“AI is much bigger than finance. A new kind of life is emerging.”

After giving the audience a refresher on how some of the advances we’re now seeing in this area have come to pass (“every five years, computing gets 10 times cheaper”) and a primer on some of the applications of AI (“AI can try to predict the stock market of the future by spotting patterns in financial data that humans can’t”), he built up to a quiet yet disarming finale: “AI is much bigger than finance; it’s bigger than humankind. A new kind of life is emerging,” he concluded.

Brexit will hurt, London will prevail

The final theme – one that is increasingly hard to escape whether you’re attending a specialist fintech conference, picking up a newspaper, or just chatting with friends – was the likely impact of Brexit on London as a financial centre.

As established financial services firms and start-ups alike scamper around trying to attract the very best developers, designers and – who knows – maybe even marketers to help them build the future, this is no time to be pulling up the UK’s drawbridge to skilled foreigners. “We are seeing a Brexit effect,” said Stalf. “People are looking more at Berlin. The war for talent is real.” It’s a sentiment Burbidge shares: “Because of Brexit, there is a risk that we don’t attract as much talent from abroad as we have done,” she told delegates. “We have an obvious skills shortage in fintech.”

While Brexit will certainly present a challenge, the feeling overall was that it was a surmountable one. “We have the aspiration to expand across Europe,” said Boden. “Brexit is an inconvenience. We’ll have to work harder.”

“I’m very bullish on London as a fintech centre.”

London, you see, still has some aces up its sleeve. The first is Europe’s slow progress in making alternatives attractive. (“The politicians talk about a European capital markets union, but it hasn’t happened,” as Crosslend co-CEO Dagmar Bottenbruch lamented.) The second is the City’s intrinsic advantages of geography, language and legal system. Burbidge was London’s loudest advocate. “I’m very bullish on London as a fintech centre,” she said. “There is a valid business reason why London is a financial centre: the time zone. People want to transact there. The US has disjointed skills markets: finance in New York, developers in California, regulators in Washington. London has it all in one place.”

After a day at WIRED Money – and a weekend to reflect on it – the future of financial services is certainly clearer. It is about people, not products. It’s about relationships based on trust, not lock-in. It’s about harnessing technology, design and data to surprise and delight customers and add real value. And it stands a very good chance of – at least in part – being led from London. But ultimately it’s about seamlessly incorporating processes and technology into our lives. As Anne Boden, a 30-year industry veteran and CEO of start-up bank Starling, said: “In 10 years, banking could be invisible. It will be absorbed into everything else we do. It should be subservient.”