Tech is transforming all areas of life – but not fashion. We might shop and pay for clothing in new tech-friendly ways, but the clothes we wear are the same as ever. Will we ever embrace shirts made from orange peel and algae? 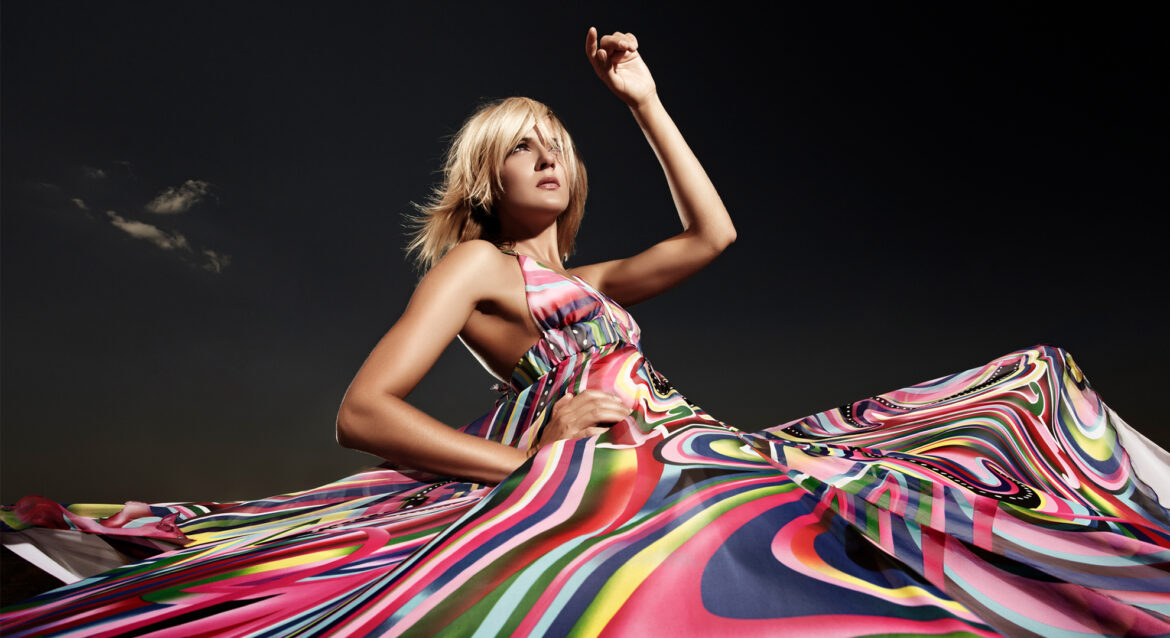 Are your shoes teeming with bacteria? Puma thinks they should be. The sportswear brand is currently working with MIT Design Lab on a ‘Breathing Shoe’ concept. The shoe’s upper is filled with bacteria, which respond to the heat generated by the wearer to form unique air passage patterns that create more comfort and better performance.

The project is one example of the incredible innovation taking place in wearable tech, and there are many more. Reebok’s PureMove sports bra, for instance, contains a substance that is gel-like when still, but stiffens into a solid form when moving fast. It was originally used in bulletproof vests and spacesuits, but Reebok saw the material’s potential to provide flexibility and support for female athletes.

The project is one example of the incredible innovation taking place in wearable tech, and there are many more.

Puma and Reebok are, of course, sports brands, and perhaps it’s unsurprising that wearable tech is making the most impact in this field. After all, athletes want to run faster. If that means filling a shoe with micro organisms, so be it.

But what about pure fashion? Is there a market for blending tech with style? Well, it’s complicated. In a few days, fashionistas will gather for London Fashion Week – and if tech is discussed there it probably won’t relate to the clothes themselves.

Chip on your shoulder

Muchaneta Kapfunde, editor-in-chief of industry site FashNerd, says: “It’s fair to say most fashion houses don’t really understand tech. And when they do take an interest, it’s more likely to be focused on things like retail and supply chain than fabric.”

This might be because of the poor track record so far. In 2017, Levi Strauss teamed up with Google to launch a smart jacket. The product incorporated a conducive jacquard fabric that meant it could be paired with a phone, allowing the wearer to carry out mobile actions by swiping the sleeve and so on.

The problem is that products like this can be perceived as gimmicks: they risk trying to solve a problem that doesn’t exist. This is what entrepreneur Hahna Alexander found out when she invented a battery-charging shoe called SolePower. In tests, she discovered that people simply prefer to carry a charger. She is now using SolePower to help the military collect data about soldiers’ location.

The problem is that products like this can be perceived as gimmicks: they risk trying to solve a problem that doesn’t exist

But there might be an even more existential challenge facing those who want to blend fashion and tech. The two industries meet completely different needs. Fashion serves people’s desire to express themselves, whereas tech helps people to get things done.

It’s hard for a product to do both. Apple discovered this with its Watch. At launch in 2014, it marketed the watch as a fashion item. It even bought a 12-page advertising spread in Vogue. Two years later, Apple repositioned the watch as a fitness aid.

Even attempts to make connected products ‘beautiful’ suffer from the conflicting demands of fashion and tech. Companies such as Ringly, Vinaya and WiseWear were all celebrated for making stylish smart jewellery, but faced complaints about upgrades and connectivity. In effect, they were the first jewellers in history to have customer support issues. Today, all three companies have either closed or pivoted.

If fashion houses struggle to make clothing smart, can they harness tech to make it more individual? This is a more promising area, but it’s too is fraught with difficulties. Perhaps the most famous example comes from Japanese company Zozo. In 2017 it launched a bodysuit capable of capturing 15,000 precise measurements. Customers could photograph themselves in the suit and then upload their data for perfect-fitting garments.

At launch Yusaku Maezawa, CEO of Zozo, made a bold statement. “The time where people adapt to clothing is over. This is the new era, where clothes adapt to people,” he said. Well, not quite. The suit was a huge PR success, but a financial disaster. Though more than a million (free) suits were ordered, this didn’t translate into sales, and Zozo’s profits fell 19 per cent.

UK startup Heist has enjoyed much more success by harnessing wearable tech for comfort. It uses “laser-perforated, ultrasonically-bonded panels” to make underwear that configures itself to the individual wearer. Three years after launching in 2015, Heist reported a 20 per cent month-on-month rise in sales.

Another promising application of wearable tech is sustainability. The fashion industry is currently gripped by an existential panic about this question. According to a survey by Barclaycard, one in ten shoppers admits to wearing outfits only once. Can the industry balance the capriciousness of fashion with the desire to reduce its footprint?

Fabric innovation offers one escape route. In 2019, H&M started selling clothes made from orange peel, pineapple husks and even algae. The move was part of its Global Change initiative to reduce waste. And H&M is also part of a group that created CircularID, a digital identity tag that reveals details of a product’s lifecycle so shoppers can make more responsible choices.

Muchaneta Kapfunde believes innovation like this is inevitable – if some way off. “I do believe in wearable tech,” she says. “It won’t happen straight away; new fabrics are hard to manufacture. But the possibilities are endless. Why not have leggings that teach yoga or jackets that test your blood sugar or clothes that moisturise your skin? In my work I’ve seen all these ideas. It’s just a matter of time.” 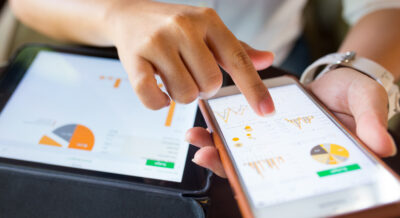 Towards a democratisation of wealth management 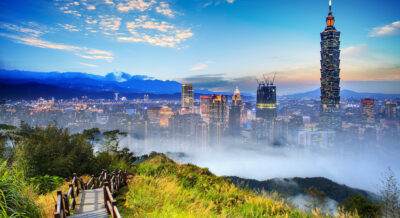 With its high GDP, thriving SME sector and social progressiveness, Taiwan is in a strong position to welcome international investment. Melody Lin, Project Manager, reports from her home country.