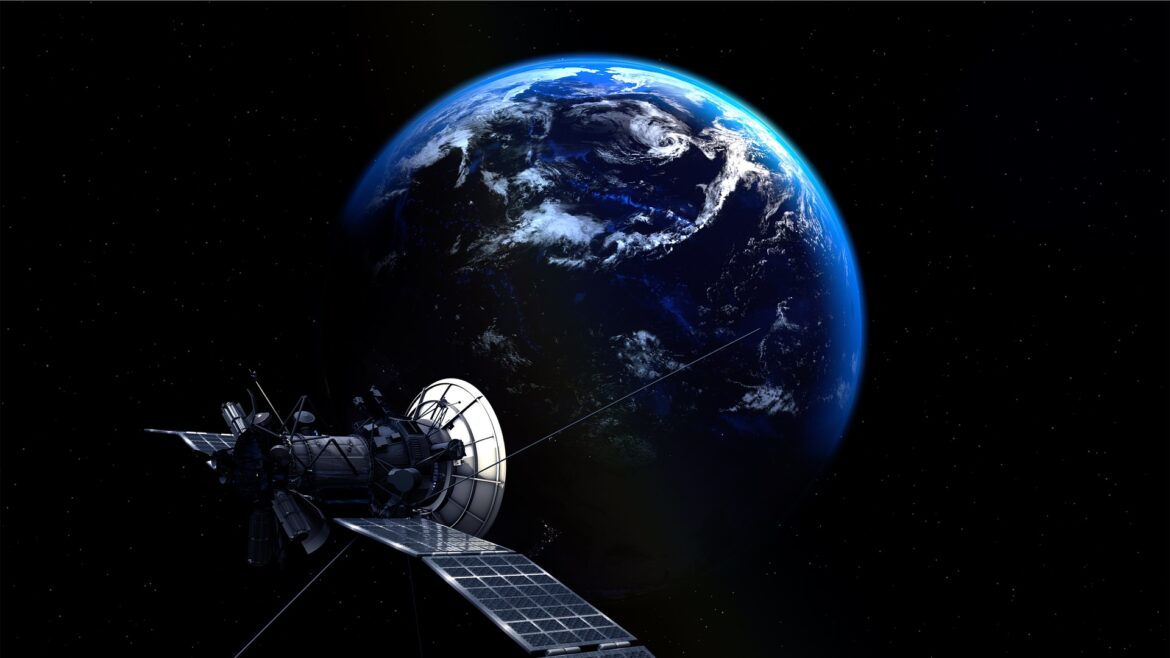 The levitating backbone of future society

Satellites provide instantaneous communication and monitoring without the need for fixed terrestrial infrastructure.

Since the launch of the first artificial satellite Sputnik in 1957, over 8,400 satellites have been sent to space according to data gathered by UNOOSA[1]. The launch of Sputnik triggered the era of a (geo)political and military space race. As such, military or science fictional projects such as President Reagan’s “Strategic Defence Initiative” announced in 1982 emerged. The project nicknamed “Star Wars,” was intended to build an armed system with an array of space-based lasers that would detect and deflect any IBM nukes heading towards the US. This project was scrapped by former President Bill Clinton in 1993 after costing approximately $10 billion[2]. From the beginning, the space industry was funded by governments with a political or military mindset and lacked a cooperative or commercial focus.

Two industries stand to benefit the increase in satellites – manufacturers with globalised supply and distribution chains and precision farming.

Nonetheless, the scientific desire to observe the earth, co-operate internationally and progress in communication technologies such as TV, GPS, internet and smartphones has further supported the  launching of satellites into space. Approximately 5,000 satellites currently remain in orbit, 2,218 satellites are active and only 64 are owned, or partly owned, by multinationals according to the latest data published by the UCS[3].

We rely on satellites more than ever with accelerating technological advances supporting the need for an outer-space infrastructural ecosystem.

For years, the average cost of launching a 27.5-ton NASA space shuttle would cost $1.5 billion equating to $54,400/kg[4]. These high costs were a headwind for any industries relying on satellites. Recently, the cost of launching satellites decreased 20-fold to $2,700/kg as commercial launches, driven by the private sector, forced efficiency and drove innovation. Today, the global space economy generates revenue of $383.5 billion as estimated by the Space Foundation and is expanding enormously. Predictions from Morgan Stanley and Bank of America estimate that it could generate revenues of $1.1 to 2.7 trillion by 2040 respectively[5].

Recently the sector has been seeing higher participation from the aerospace and defence industry with the US announcing the creation of a US Space Command division. Other countries such as France, the U.K. and India have also recently pledged outer-space military budgets. We expect public investment to broaden as the recent Covid-19 pandemic has resulted in governments freeing up additional resources.

Considering the military attention space has been receiving, civilian and commercial investments are also to be expected. Current opportunities lie with satellite operators offering broadband, TV, radio, communication and internet services with key European players such as SES and Eutelstat. The total global addressable market remains substantial as only 52 per cent of the global population has access to the internet[6]. Nevertheless, these satellite operators are at risk from rapidly growing supply levels, which may outpace demand. As such, we expect prices for satellite data transmission to fall rapidly as the disconnect between supply and demand grows. Eventually, these prices should fall low enough to stimulate new sources of demand, namely that portion of the global population who remain unconnected and for whom terrestrial data connections are impractical. Terrestrial technology is quickly becoming obsolete as internet in sub-Saharan Africa can cost up to 100x more than in the US while the average income is 35 times lower[7].

Self-driving cars and drones are also set to enter a new era. Currently, GPS-reliant drones are mainly used in the defence industry via unmanned aerial vehicles (UAVs), but commercial and civil applications of drones are expected to be one of the fastest growing segments of this industry[8]. New-generation drones will be used in industries such as delivery & transport services, agriculture and oil & gas. As such, self-driving cars and new drones will mainly rely on GPS navigation or in other words – satellites.

Innovation from space technology is also opening doors to other sectors such as robotics, artificial intelligence and the neural network, which increasingly rely on services provided by satellites.

An investor desiring satellite or space sector exposure would mainly be looking at private-equity opportunities looking to capitalise on an increasing number of satellite launches, the growing “space tourism” trend or challenger European satellite operators. Some also offer space exploration or asteroid mining opportunities. In our view, these expensive opportunities are currently unavailable to the mass-market hence not commercially viable and as a result, we do not foresee any return on capital for a couple of decades. Government-led infrastructural investments in satellites technologies may well trickle down to companies who rely on space-infrastructures that are on the verge of expanding rapidly.

Technology has transformed the way individuals communicate, how companies gather and share information and has also slowly shaped the way we produce, package and distribute goods. Increasingly we are seeing the convergence of both technology and manufacturing. Levels of automation in factories has increased and Goldman Sachs estimates that automation could save another $500 billion for manufacturing firms, or 10 per cent of global fixed investments[9].

Automation will generate larger amounts of data needing to be analysed then transferred around the globe. Artificial intelligence, robotics and industrial internet of things will require both data centres to store the information as well as satellites to share it. A larger satellite fleet also implies increased accuracy in global supply chain management as additional data can be inputted. We can easily imagine satellites feeding data to cargo ships, optimising shipments of goods, and thus optimising future sales and automatically managing factory output. As such, companies already adopting new technologies in production methods will potentially be the early winners as productivity is increased and costs are gradually managed accordingly. Morgan Stanley estimates that the most notable improvements could be seen in the oil & gas industry, healthcare sector and industrials as shown below.

How to invest in factories of the future?

Increasing digitalisation of factory floors allows room for new players anticipating or leading with new business models. Ocado is an early adopter of automated packaging operational warehouses. Amazon is also known for being having large automated fleet of more than 200,000 mobile robots working inside its warehouse network. Chipmakers would benefit from manufacturers digitalising factories and Cisco is a leading provider of network technologies, including systems and Software as a Service (SaaS). General Electric is the biggest industrial player globally and is both a beneficiary of a booming satellite industry being a leader in developing sensors and is a competitive jet engine manufacturer.

Companies failing to adopt this change will ultimately become less competitive as rising wages in low-income countries will no longer be sufficient to keep costs lower.

With the global population set to reach an expected 9.7 billion by 2050, food remains both a challenge and opportunity. As governments potentially start funding an increasing number of satellite and drone launches, Goldman Sachs estimates that precision farming would create a $240 billion digital agriculture technology market[10]. This market can be subdivided into another four sub-categories: precision fertiliser application, precision planting, precision spraying and field monitoring which includes data management. Combined, these satellite-reliant technologies are expected to increase crop yield production by 75 per cent over the next 30 years.

Satellites may become at the epicentre of future agricultural production.

Precision fertiliser application has the intention to optimise fertiliser consumption by varying fertiliser application rates in different parts of the field. The providers throughout the value chain would offer a combination of data (weather patterns, soil samples), software (weather modelling, nutrient run-off modelling and yield optimisation) and hardware (variable rate applicators). The next generation of products equip a tractor with a sensor and a fertilizer application system which automatically adapts fertilisation rates around parts where the fertiliser absorption is low. According to Monsanto, this could effectively reduce fertiliser consumption by up to 40 per cent. Current providers of this solution use an initial soil sample, weather inputs and geology to predict where fertiliser will flow once applied. Future providers would be able to feed accurate and live data gathered by satellites to improve efficiency.

Precision planting is effectively similar to precision fertilising with the exception that this allows the farmer to customise seeds depending on the field as well as how many seeds are planted. As an example, some corn seeds grow better when the land has higher level of moisture while other types of seed would not.

Precision spraying is based on varying the amount of pesticide application by area, in order the maximise the benefit per unit of chemical applied. The current commercial applications and technology leverage regular data feeds from field monitoring systems – satellites and/or drones – to find areas that would benefit the most from fungicides or other treatments.

Field monitoring is a critical component of all the above-mentioned growing agricultural trends. For now, these technologies remain at a young stage; but the overlay is compounding as the algorithms will become more accurate as a result of a larger satellite fleet gathering and sharing more data.

Who will benefit or see disruption?

Major beneficiaries of precision farming enabled by satellites could include Trimble and Raven which provide modelling and data. Traditional suppliers of fertiliser and pesticides, such as Monsanto and DuPont, may see less demand as yields are optimised with more data but fewer treatments.

[6] Morgan Stanley research, July 2019, Does Earth’s Future Depend on space?

[9] Goldman Sachs, April 201, Factory of the future Beyond the Assembly Line