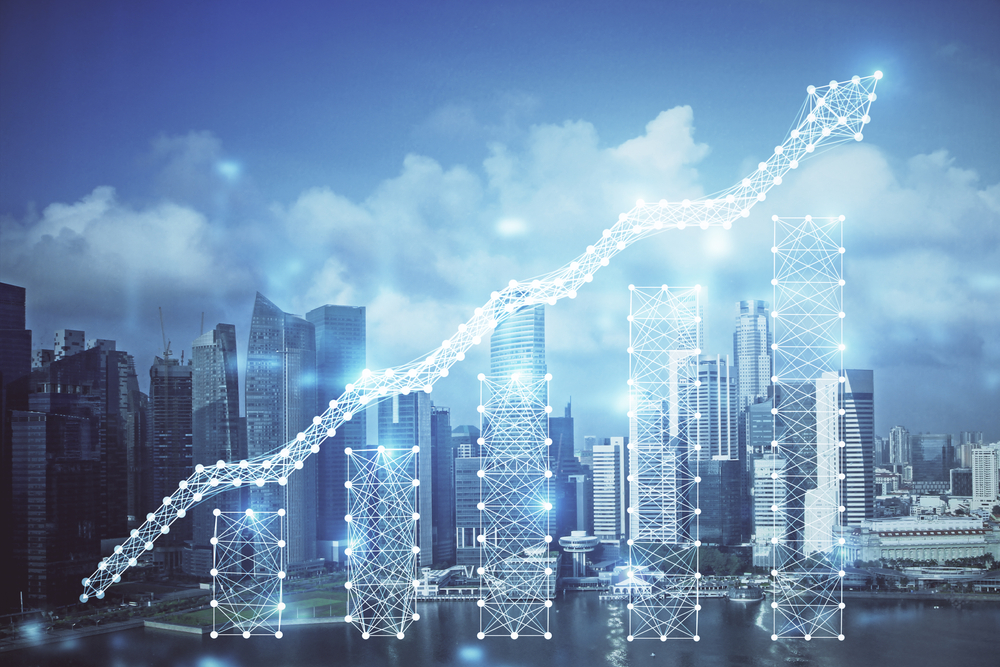 Overall, we expect the stock markets to be range-bound over the course of Q4. As we expect the risk for global risk assets to remain elevated, the trading range might be rather wide. Valuation and macro conditions remain challenging across all world major economies.

A buy-and-hold strategy is likely to struggle in the coming years. For our model portfolios, we continued to increase exposure to alpha-generating ideas through thematic stocks and sector convictions with a smaller allocation to equity beta. While we still like IT sector over the long term, the rally this year has left valuations stretched.

A range-bound market is conduciveto alpha generation via stock and sector or style selection. We see opportunities in the Materials and Industrials sectors, which are geared towards Chinese growth.. We are avoiding Energy stocks, asdespite weakness in Crude prices we have seen limited rationalisation of production from the US shale oil industry and continued supply from OPEC+ producers.

As the positioning for many market participants remains light, the lack of alternatives for investors could see markets rally as investors “stop in” to length.

The US government delivered the most aggressive fiscal response to the crisis globally, more than 15 per cent of national GDP, and more than twice the size of the response delivered during the global financial crisis. With the threat of repeated waves of infections, continued support will be needed. Although we expect that the new stimulus package will be eventually approved by US politicians, that might require time as both Republicans and Democrats will struggle to compromise ahead of the November elections. The Consumer Discretionary sector has the third-largest weight in the S&P500 and is especially vulnerable to a slide in consumer disposable income should a stimulus be further delayed

With political risk in the US high, we see opportunity for a tactical rotation from US stocks to International markets. As this summer’s rally was led by the US Information Technology sector in particular, the Nasdaq is very richat a price-earnings-ratio of 30.3, 3.1 standard deviations above the 10-year average. Stretched valuations for the Information Technology can add to the burden on the broader US market as the sector occupying more than a quarter of the S&P500.

Upside may come from positioning as it remains light. According to data from the American Association of Individual Investors professional investors have not become substantially more bullish compare to the previous quarter-endThe rally was missed by many and a correction might be considered as a buying opportunity.

Technically, the S&P 500 continues to look bullish on a longer-term timescale. As of October 1st, the index is again above all major moving averages, but the false breakout above 3400 last month remains a concern. Short-term momentum indicators are flashing a little overbought. A break below 3320/30 could be the start of a trend reversal lower. A break above 3425/30 could spark a continuation of the uptrend and target new all-time highs above 3588.

With the House of Commons approving the UK Internal Market Bill which potentially breaks international law, the EU started legal action against the UK for breaching the terms of the Withdrawal Agreement. Brexit may thus end up in the European Court of Justice. Negotiations continue to be slow, and the UK may face chaotic divorce with European Union. We think that it is too early to jump in UK equities.

Over the course of Q3, the FTSE100 significantly underperformed the global market,  losing -4.0 percent versus gains of 8.0 per cent for the MSCI World. We expect this underperformance to continue in Q4, barring a breakthrough on Brexit. The FTSE100 is heavily skewed towards financials, energy, materials, and industrials which account for more than half of the index. Much of the underperformance in the FTSE can be attributed to the poor performance of financials and energy globally.

With the next 12-months forward price to earnings ratio for the FTSE 100 at 14.6,just 0.8 standard deviations above the 10-year average, UK equities look reasonably priced compare to the rest markets. However, sentiment indicators point to the downside.

Technically, the FTSE 100 is at or below below all major moving averages. A break below 5800 could see acceleration to the downside. Conversely, a break above 6100 could signal a trend change higher and target 6350 (current 200dma) and above.

Staying underweight equities overall, in Q4 we prefer Europe relative to the other equity markets. Both fiscal and monetary policies remain extremely accommodative. European leaders are moving forward on a euro area-wide EUR 750 billion stimulus package that was announced this summer. The Macron government announced a EUR 100 billion stimulus plan in France.

In Europe, we particularly favour the Industrials andMaterials sectors, as well as selected European auto manufacturers. At the same time we prefer to avoid stocks of European listed global major oil producers given the continued oversupply in the oil market.

With the next 12-month forward price-to-earnings at 17 versus the10-year average at 12.4, European stocks do look expensive relative to history. However, this reflects an equity risk premium of 5.9 per cent which looks attractive relative to the current interest rates. Sentiment indicators show that risks also are well understood and reflected in current positioning.

After 3 months of consolidation between 3150 and 3400, the Eurostoxx 50 is testing resistance. As long as the index remains below 3330, the immediate trend remains lower, while a sustained break above 3350 could spark a rally to 3500 and higher.

There were significant political changes in Japan. After heading the Japanese government since 2012, Shinzo Abe resigned and Yoshihide Suga was elected as the new Prime Minister. Earlier this year, Japan announced a fiscal stimulus package which amounts to 11.4 per cent of GDP and it is the third-largest globally (as a percent of GDP). Yoshihide Suga has indicated that he will maintain the course and said “there is no limit to the amount of bonds the government can issue to support an economy battered by the coronavirus pandemic.”

The Bank of Japan has been a pioneer in implementing unconventional monetary policy by setting interest rates into negative territory. The Japanese government now earns more interest than it pays because two-thirds of all Japanese debt bears negative yields. At least for now, a big debt burden is actually good for the Japanese government’s finances. Of course, it will need to be paid back eventually.

Japanese equities with a next 12-months forward price-to-earnings ratio of 20.2 remains close to the peak of the 10-year range. However, sentiment indicators show that risks are well understood and reflected in current positioning.

Technically, the Nikkei 225 is above all major moving-averages, and trending higherON a longer-term timeframe the index continues to look strong. A sustained break above 23,600 could spark a major breakout to new highs.

Overall, we have a neutral view on Emerging markets. We prefer Chinese and China geared economies to oil export-driven markets and industries.

We stressed in the Q3 outlook that our main concern was a limited ability for emerging market countries to stimulate their economies in the same way that developed countries did given high debt levels denominated in hard currencies. Except for China, the size of the EM monetary and fiscal response was nowhere close to developed markets. While the fiscal stimulus in China exceeds 5 per cent of GDP, the annual change in total social financing, a broad measure of Chinese credit formation, exceeded 30 per cent of GDP as a result of monetary easing by the People’s Bank of China. China’s aggressive policy response is a driver underlying our positive view on the Materials and Industrials sectors globally. In addition mining companies with production facilities in EM countries with weaker currencies could enjoy  cost reductions which will support margins. We are still bullish on Chinese private IT giants which are focused on domestic and Asian markets and have limited exposure to the Western world.

The outcome of the upcoming presidential election in the US will have a significant impact on certain Emerging Markets. As of the time of writing Joe Biden has higher chances. We expect him to maintain an aggressive posture towards China. In addition, the Russian market may get hit as he has promised a new set of sanctions. As the Russian market is skewed towards Energy and Miners, new sanctions would be a clear negative for the Russian market and currency, but paradoxically might distort the supply of some commodities and push prices higher as happened with aluminum in April 2018.

MSCI Emerging Market Index trades at 14.2 for its next 12-months forward price-to-earnings ratio versus a 10-year average of 11.3. Sentiment indicators show that risks are well understood by market participants and reflected in their current positioning.

The technical picture for emerging markets as shown by the MSCI Emerging Market Index looks strong. Like most other equity markets, the price has been consolidating over the past 3 months or so. A break below 1050 could spark an immediate trend change lower and target the 990 area. Conversely, a strong break above 1125 could see a major breakout higher and target new highs above 1150.

If not otherwise indicated, all graphs are sourced from Dolfin research, October 2020.