In our Beyond Coronavirus series we discuss changes we are making in our model portfolios in light of how the economy is being shaped by coronavirus. This week, we look at the retail sector and ask whether it is now dead. Are we living in an e-commerce world?

1 May 2020 / Beyond CoronavirusVideos
·
Author
Dolfin

Despite this popular rise, US retail sales still accounted for 87% of overall sales according to the US Census Bureau[2]. US e-commerce sales accounted for 13%, up from 1% in 1999. While this seems like a small increase, it shows a sizeable shift in consumer behaviour patterns over a small period of time. 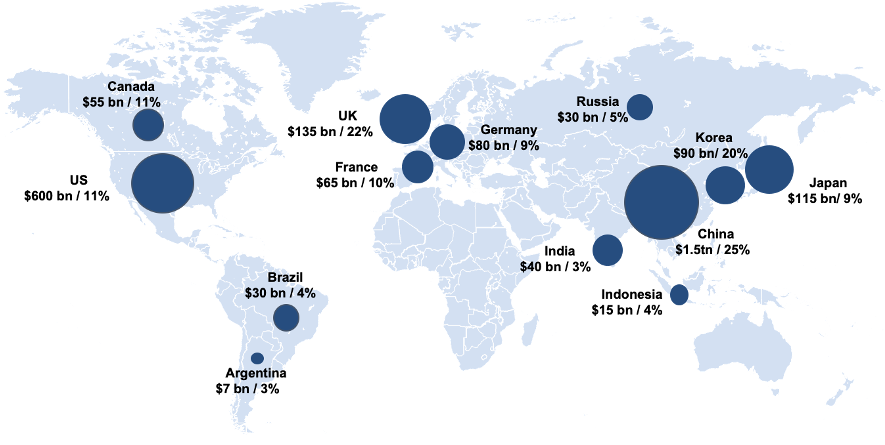 China is currently a good and relevant example on what the future of e-commerce may look like in developed economies. According to a report published by eMarketer last year, Chinese e-commerce sales are expected to account for 63.9% of overall retail sales by 2023, compared with 16.3% in the US. One important factor we believe that has been restricting the growth of e-commerce in western economies is demographics. Even now, not only is the Chinese market close to three times the size of the US market, it has also been growing substantially much faster and accounts for a larger share of global e-commerce.[3]While a big part of this comes down to demographics, there is also an element of cultural openness and acceptance that has led to faster growth. Asia has been a quick adopter of the internet, e-commerce, mobile gaming and a number of other aspects that constitute part of online life.

The growth of the middle-class disposable income in the western world took place post second world war, or the “Trentes Glorieuses” as this period is named in France. During this golden age, households would go to physical stores to spend their extra disposable income. Only in the late 70’s teleshopping opened the doors to e-commerce, followed by the French “Minitel” in the 80’s. When the internet became available in 1991, it took 3 years until the first e-commerce transaction happened (as our collective consciousness now thinks of this – as arguably the Minitel and teleshopping are also forms of ecommerce). 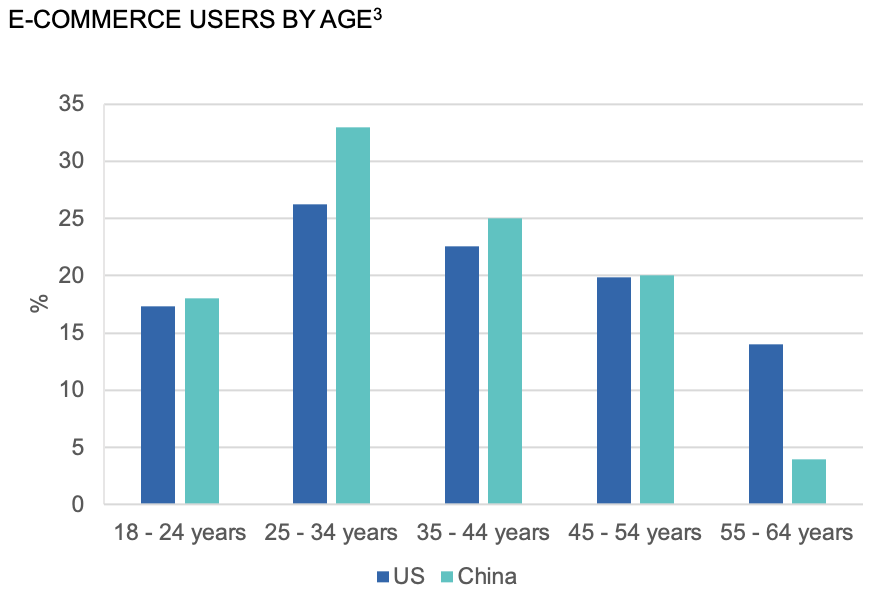 From a demographic perspective, we have had close to 40 years of physical shopping despite the attempts from teleshopping and Minitel. In China, the growth of middle-class disposable income started in the 2000’s, when modern e-commerce already existed beforehand. Consumer habits could incorporate both traditional brick and mortar retail shopping as well as internet and mobile purchases. As a result, e-commerce penetration in China and Asia has been faster than in western economies. 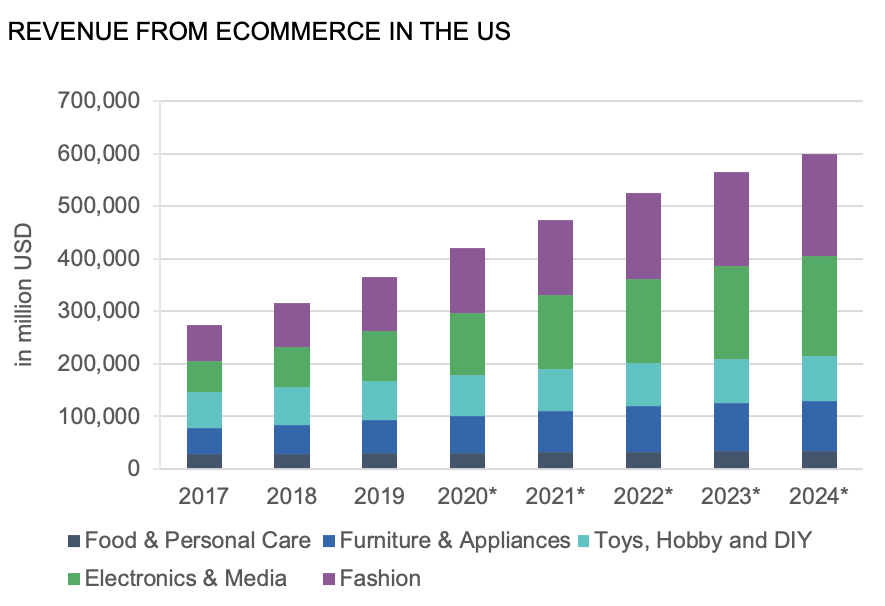 The current Covid-19 pandemic has contributed to the adoption of online sales for reticent consumers. The forced closures of physical stores deemed as non-essential in western economies given consumers no choice but to adopt some form of e-commerce. This has resulted in good performance for companies highly exposed to e-commerce and also for those that have managed to quickly change their business model. We have covered this in further detail in the ‘online life’ part of our latest investment outlook.

Amazon has recently disclosed that it could no longer keep up with growing demand and Nestle has recently announced that e-commerce now represents c.11% of total sales vs 2.9% in 2012[4]. Similarly to video games, the lockdown measures have enabled consumers with no previous interest in e-commerce to make the switch. That being said, we think more consumers will continue using e-commerce channels once the quarantine is over, simply because it is more convenient and safer with the wide use of digital payments. Furthermore, assuming social distancing measures remain for the foreseeable future, only a limited number of consumers would be allowed in a physical stores at one time implying long queues – not ideal with the concept of “instant consumerism”.

“Looking ahead, we believe that the future of retail sales will more likely mirror those of some Asian economies.”

Despite this, we also do not expect a non-foreseeable future with 100% of sales being online. Since 2017, Chinese shoppers have made a noticeable shift back to physical retail stores. While these stores some of whom sell multiple brands, have decreased, mono-brand stores sales in China have accelerated from +2% year-on-year in 2016 to +8.3% year-on-year in 2017[5]. As reported by McKinsey in 2019, 88% of online apparel consumers said they had shopped in physical stores compared to 83% in 2017. Finally, 85% of respondents engage in both online and offline channels. It is this engagement with the consumer that will keep physical stores open.

“Companies that have accepted these new consumption patterns and adapted their sales strategy to engage with customers both online and offline, will continue to grow.”

The in-store experience remains fundamental for consumers as it is only physically where one can appreciate, try, touch or taste a product. Those who would like to remain 100% digital will have to compete with giants such as Amazon, JD.com and Alibaba. Those who maintain the same retail strategy as the past six decades will most likely fail to survive.

From our perspective, we believe the retail experience is going to be driven by three factors:

Covid-19 has forced a large portion of the world’s population into engaging in some sort of e-commerce activity. However, no matter how strong the e-commerce proposition can be, there is still a physical infrastructure aspect that needs to underpin it. We have seen some cracks from an infrastructural perspective just recently, with long queues for Ocado’s online store, delivery delays with Amazon and Next’s inability to fulfil orders.

This leads us to conclude, that in order to progress the e-commerce market, additional infrastructure/logistics spend will be required on an ongoing basis, something which we have covered in further detail in the infrastructure section of our latest investment outlook. 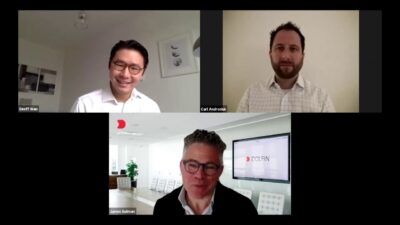 In this week’s episode of Dolfin Discussions, James Gutman chats to Dolfin Fixed Income Analyst Geoff Wan and Head of Trading Carl Androsiuk about the Bond ETF market, which has become of great importance recently. 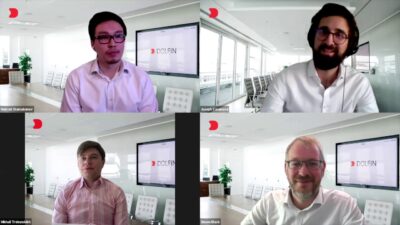 In our Beyond Coronavirus series we discuss changes we are making in our model portfolios in light of how the economy is being shaped by coronavirus. This week we look at video games. 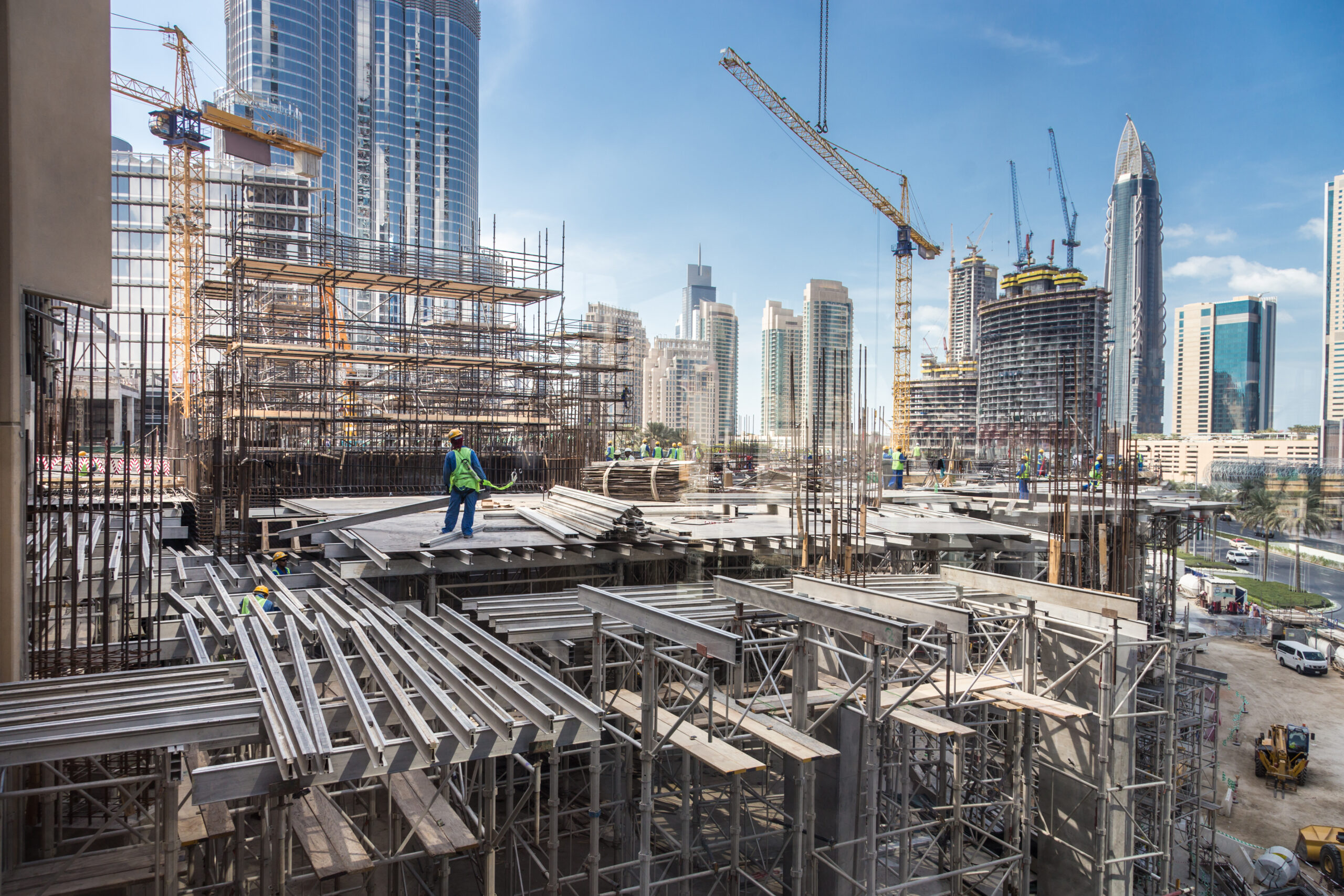 Welcome to our Q2 2020 investment outlook. As usual, it lays out the latest views, analysis and thematic ideas from our Investment Management team. What’s different this quarter is that, although we have traditionally published this as one standalone – typically printed – document, this time, because of the restrictions we face as a result of coronavirus, we are publishing it as website pages.