Following a steep decline in prices over the past several weeks, we expect crude oil to rally sharply later in 2020 and early 2021. Head of Investment Portfolios, James Gutman, provides an update on the oil market. 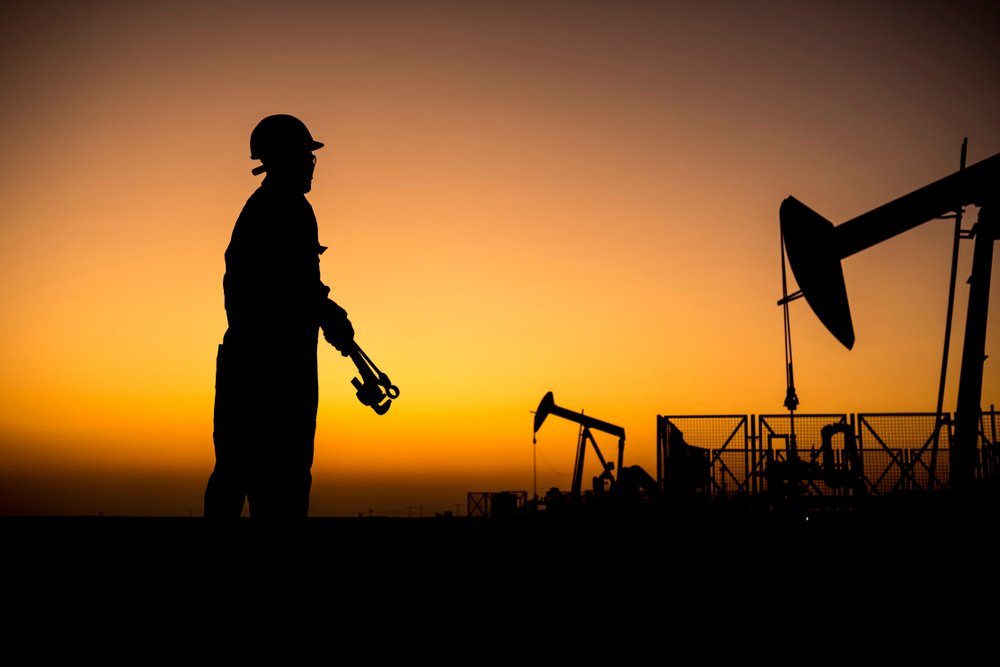 Following a steep decline in prices over the past several weeks, we expect crude oil to rally sharply later in 2020 and early 2021.

Prepare for crude oil to whipsaw

We see a strong possibility for crude oil prices to spike higher later this year, despite continued economic weakness caused by the lingering lockdown recession. The same implacable logic of physical commodity markets that drove the price collapse now points to a price spike. With storage capacity exhausted, supply must painfully constrict to meet demand in real time. However, supply cannot switch back on quickly and easily and cheaply. Thus, even a very modest normalisation of demand, consistent with a sluggish recovery, would see the physical market swiftly tighten as supply would lag.

Unprecedented, but not inexplicable moves in oil futures

The spectacular collapse of the benchmark West Texas Intermediate (WTI) contract for May delivery in mid-April, saw the contract set at one point a low of -$37.63 per barrel. The one month spread between the May and June contracts reached -$58.06 per barrel and at-the-money implied volatility hit 792%, reflecting an unusual convergence of fundamental and microstructural factors.  Numbers like these are meaningless at a certain level as they are at least one full order of magnitude greater and in some cases of the opposite sign, than what had been considered possible up until recently.

Traders and risk managers have had to scramble to redesign and recode their models to account for price activity that had been previously assumed to be too unlikely to bother modelling.

This reflects a lack of imagination and foresight rather than bad luck. It is not unusual for hard-to-store commodities – electricity, for example, to witness enormous volatility and even negative pricing. This possibility had been heavily discounted in the case of crude oil because the hyper-efficient market had ensured adequate storage capacity for as long as anybody could remember. There had been some close calls, such as the “super-contango” in 2008-09, but even then, prices stayed comfortably above zero.

To their credit, it began to dawn upon most in the professional commodities trading community, that in February and early March, the unthinkable was becoming increasingly likely and they quickly unwound positions in the May WTI contract. Retail investors however, crowded onto the sinking contract in its final weeks hoping to “buy the low”. It was thanks to their belated panic over the prospect of taking delivery of crude oil without the ability to store it or ship it elsewhere, that then turned the highly unusual into the unprecedented.

The binding constraints of storage

It is not often appreciated outside of the oil industry how impressively efficiently the market functions. Oil demand is volatile around a linear trend, buffeted by a host of variables including business cycles and weather. Oil supply chases demand with producers attempting to make lumpy investments today in order to match as closely as possible the forecasted demand in the future. Imbalances are of course inevitable but historically, producers have managed to keep supply within a tight +/-5% range around demand. Of course, that all changed this year, with demand now projected by the US EIA to plunge abruptly by as much as 20 per cent from January 2020 levels. Relative to trend, this suggests an eye-watering 1.8 billion barrels of demand will have disappeared by September.

A barrel of crude oil supplied is either consumed or stored, else it is toxic waste. If the lockdown recession is to subtract 1.8 billion barrels from trend demand in the coming months, how much of existing supply could be diverted into storage before suppliers are faced with the toxic waste dilemma?

OECD commercial crude and products inventories have never been above 3.1 billion barrels. This includes operating stocks in-transit flow but excludes strategic reserves and non-OECD countries such as China and India. At the beginning of this year, OECD commercial inventories were at 2.9 billion barrels and we estimate that at a stretch, another 1 billion barrels or so could be squeezed into various forms of storage including strategic reserves (particularly in China), floating storage and idled railcars. As a result, we estimate a maximum of 1.2 billion of the lost demand can in theory and in the near term, be stored. This estimate is if anything generous, as we are glossing over the many complexities involved with actually transferring and storing.

Accordingly, even under the most optimistic storage scenarios, about 600 million barrels of supply must be shut-in over the course of the next six months. If it isn’t going to be consumed, it isn’t going to be stored or dumped as toxic waste Therefore, it cannot be produced. We estimate that the only way to resolve this imbalance is for as much as 10 million barrels per day of existing capacity to be shuttered almost immediately.

As economic activity normalises, so too will the crude oil market – eventually. However, between now and that ‘new normal’, we should brace ourselves for another bout of ‘unexpected’ whipsaw price action.

Switching off oil production isn’t like switching off a light, and restarting shuttered capacity is even worse. Bringing it back into production is a difficult, time-consuming and expensive process, and much of the original resource will have become unrecoverable. US shale supply is relatively fast to restart but is also relatively costly. Thus, it is extremely likely that the recovery in supply will trail even a modest recovery in demand, mirroring the way supply has lagged the sharp decline in demand.

As a result, we think it likely that an enormous inventory build in the first half of 2020 will be followed by a sharp inventory draw in the second half of 2020, despite a relatively modest pace of demand recovery. Timespreads will need to tighten at the front of the curve in order to draw crude out of inventory and long-dated prices will need to rise in order to motivate capacity restarts and moves would likely be exaggerated by investors beyond the fundamentals. We would not be surprised to see front month Brent trading above $60 per barrel by early 2021, with a meaningful backwardation in the front twelve months of the curve. 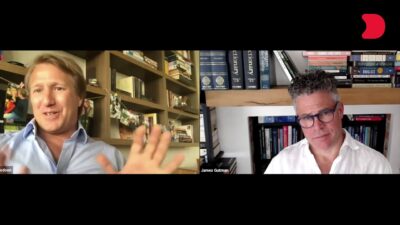 In this week’s episode of Dolfin Discussions, James Gutman, our Head of Investment Portfolios, chats to Andrew Dodson, Managing Partner, Philipp Advisors, about moves in the Oil Market since their last conversation on 23 April 2020. 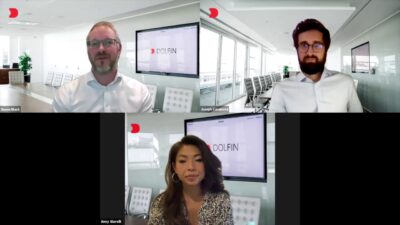 In our Beyond Coronavirus series we discuss changes we are making in our model portfolios in light of how the economy is being shaped by coronavirus. This week, we look at the retail sector and ask whether it is now dead. Are we living in an e-commerce world? 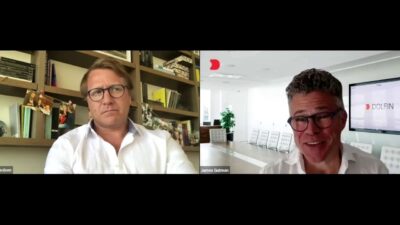